Explore mountains and rainforests from Barbados in the Caribbean Sea to Brazil in the Atlantic Ocean. Trek through a haunting history among the palm trees of Devil’s Island and embrace the wild of the Amazon in Belem. With a Caribbean and Amazon expedition, adventure is always at your fingertips. 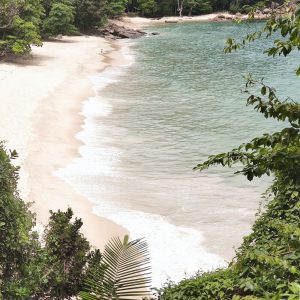 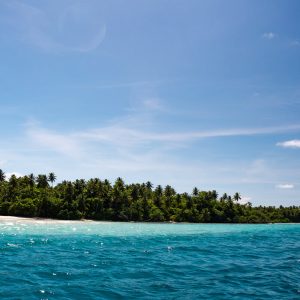 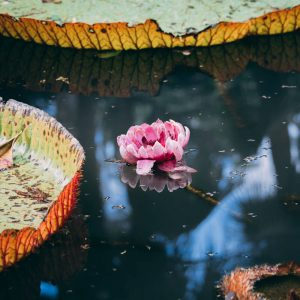 Base Rates
Starting FROM $7,599 per person

*Government Taxes and Fees are additional.

The historic capital of Barbados, Bridgetown, contains centuries of colonial architecture that display the spread of the British Empire. The Barbados Garrison, a UNESCO World Heritage Site, consists of many old buildings filled with the fascinating history of how the island grew into what it is today.

The port city of Bridgetown, formerly known as the Town of Saint Michael, lies along the island’s southwest coast on Carlisle Bay. Here you will find the most beautiful and serene beach in all of Barbados. With soft, white sand that lets you walk barefoot and crystal blue waters lapping against the shore, it makes the perfect picture for a postcard.

Adventurous travelers will find Barbados an enticing destination with ancient shipwrecks to dive and explore near the coast. The S.S. Stavronikita, one of the most popular dive sites in the entire Caribbean, offers a glimpse into contemporary history. The rusting remains under the ocean covered with algae give off the sense of secrets untold.

Barbados Garrison, the island’s historic district, offers captivating sights of colonial structures depicting a history that goes back centuries. The George Washington House gives you the chance to see how the first President of the United States once lived when he stayed on the island in 1751.

A trip to Barbados is not complete with a sampling of the local rum. St. Nicholas Abbey, one of the oldest distilleries in the Caribbean, offers tours of the 350-year old building. Here you can discover how their rum is produced and view artifacts from the time of its establishment.

The sleepy fishing village of Charlotteville offers the charms of a tropical Caribbean expedition with the remote feel of small-town living away from mainstream tourism. Located on the northeast tip of Tobago along Man-o-War Bay, the quiet, beachside getaway gives travelers the blue waters and palm trees they desire with less crowds.

Tobago’s history of pirates calls out to the adventurer in all. Explorers can climb down the stone steps leading into the Pirates’ Bay cove where the likes of Black Beard, Henry Morgan, and Captain Finn once made the base of their escapades. Legend has it their treasure is still buried under the sands.

For a truly secluded experience, check out the small strip of Lover’s Beach, accessible only by boat. With pink sands that sparkle in the sun, the effects of a shoreline made of crushed seashells, and surrounding cliffs lush with green, it’s easy to see how this bay earned its romantic reputation.

A short walk away from the village of Charlotteville lies the historic site of Fort Campbellton. The cannons at the hilltop of the old fort point out toward Man-o-War Bay, leading the eye to a mesmerizing landscape. From this vantage point you can take in the sight of the surrounding mountains and sandy beaches below.

Along Tobago’s beaches you can stop in at a local bar and restaurant and order a dish of the catch of the day. As fishing is the island’s main industry, you are always guaranteed fresh seafood plates wherever you roam in Charlotteville.

Devil’s Island, its true name Cayenne, is a penal colony of French Guiana with a haunted history. Here lie the crumbled remains of a prison opened in 1852 and shut down in 1953. Infamous for housing French political prisoners, it even served as the backdrop for the 1973 action-thriller film Papillon. Nestled among the palm trees and tropical setting hides a turbulent past truth.

The currents near Devil’s Island are so strong, visitors can only access by Zodiac. Once they arrive on the island, they can roam among the ruins, gazing at the fallen walls that once housed the likes of prisoners like Captain Alfred Dreyfus. A quiet befalls this uninhabited island weighed with such a troubled history.

As the wind blows through the palm trees and you traverse the remains of the island, you cannot help but sense the eerie calm of its isolation. Moss and vines grown over the remains of the buildings make it seem like a part of history that happened so long ago, but really only came to an end within the last century.

A walk through what remains of the corridors leading to the former prison cells is accompanied by the rustle of the winds and the distant sounds of animals scurrying about the island. A solemn air permeates the atmosphere until you step back out of the shade of the palms and into the warm sunlight.

Ever heard of a line-crossing ceremony? Well, this is your chance at initiation into the renowned club of explorers who have crossed the Equator. Prove to the mighty King Neptune that you are worthy of traversing his kingdom.

The port city of Belem, the largest port in the region, leads the way to a thrilling Amazon adventure. A boat ride through the Amazon River’s creeks and smaller waterways takes you on an authentic journey through the famous rainforest and its people.

As you sail along the Amazon River and into the indigenous communities, you will see local homes built on stilts by the residents of the river. The lush vegetation of the rainforest coupled with the sounds of its wildlife create a scene perfect for bringing out the explorer in you.

In the economic hub of Belem, also known as “The City of Mango Trees,” you find a significant cultural center filled with art galleries, museums, and historic sites. Lined up along the quay are multi-colored fishing boats and canoes as they unload their wares, from ceramics made by indigenous peoples to fragrant herbs and acai berries.

Walking through historic Belem you come across Mercado Ver-o-Peso, the largest open-air market in Latin America that dates back to 1625. A mix of a fish and butcher’s market, fruit and vegetable stands, craft stalls, and sellers of spices and herbs, the vibrant life of Brazil runs through the veins of Mercado Ver-o-Peso.

For a glimpse at neoclassical architecture from the 19th century, take a trip Theatro da Paz. More than a remnant of the 1870s, the theater stands as a monument to the country’s wealth during the boom of rubber trade, of which the Amazon region facilitated.

Fortaleza, the capital of the Brazilian state of Ceara, boasts over 30 kilometers of beaches, making it a sunny paradise of white sands and blue waves. Skyscrapers that line the horizon behind the beaches give it a cosmopolitan look and feel that affords travelers all the conveniences of modern-day exploration.

The arts and cultural center of Dragao do Mar (Dragon of the Sea) offers a lively experience with museums, a planetarium, Brazilian films, and other city-wide events. It gives you the chance to dive in and immerse yourself among the locals and their history. At night, the center becomes a hub for nightlife with bustling bars and live music.

For a true taste of Brazil, you must sample the local fare. From fresh fish of the day to the country’s national cocktail, caipirinha, a drink that highlights the nation’s sweet fruit flavors with liquor. If this doesn’t satisfy your sweet tooth, then try a typical tapioca ice cream, a light and often fruity treat that invokes feelings of carefree childhood.

Along the coastline of Beira-Mar Avenue you find more restaurants that entice you with their delectable and savory aromas of typical Brazilian dishes. But if you make it past the food and to the end of the avenue, a local market awaits. Here vendors sell local wares, like leather goods and colorful trinkets to take home. Moreover, it’s a chance to mingle with the residents and make friends with the locals.

All the splendor of Brazil can be found in Natal, the capital of Rio Grande do Norte, perched on the country’s Atlantic coast. Sensational beaches, historical sites, and breathtaking natural areas provide much for the adventurous traveler to explore.

Miles of steep, undulating sand dunes that transform into turquoise lagoons during the right season make up the Dune State Park that surrounds Natal. Stretching as far as the eye can see and mixed with lush green shrubbery, it’s the perfect scenic combination of desert and tropical.

To get a true feel for the people of Northern Brazil, dive into their cuisine. A blend of Portuguese and native Indian influences, the food of Natal features tropical fruits, manioc (cassava), peanuts, and fish. Once you try the local favorite, bobo de camarao, a savory stew filled with the flavors of manioc, dende oil, coconut milk, and shrimp, your taste buds will never be the same again.

Genipabu Beach invites you for a day of fun in the sun with a classic backdrop of white sands, palm trees swaying in the breeze, and the waves of the Atlantic lapping against the shore. Grab some friends and take a buggy ride through the beach dunes. It’s a great way to see the expanse of Natal’s natural wonders while getting the heart pumping.

Along Natal’s waterfront near the Potengi River lies Forte dos Reis Magos, a structure built in 1598 that marked the foundation of the city. The old, star-shaped fort stands as a monument to strength and endurance, both for the city and its people.

Recife, one of the largest cities in northern Brazil, offers explorers a diverse array of neighborhoods to discover. From palm-fringed beaches like Boa Viagem to the colorful streets, markets, and colonial architecture of Old Town, this destination makes for the ultimate traveler’s playground.

The capital of northern Brazil’s Pernambuco has gained a reputation for its geographic features and architecture. With plenty of rivers, bridges, peninsulas, and islets to explore, you will never have a boring moment roaming its streets. Some of the tallest buildings in the country line the horizon as you approach Recife’s shores, giving it the look and feel of a modern, cosmopolitan city.

But Recife’s past holds its own allure as you soon find with a jaunt down to historic Old Town. Colorful streets and architecture amid the local Mercado do Sao Jose bring the city’s vibrancy to life. The structures of Praca da Republica, Catedral de Sao Pedro dos Clerigos, and Teatro Santa Isabel call out with their stories if you are willing to listen.

Brazilian cuisine lures you in with a dynamic fusion of Dutch, Spanish, Moor, African, and Indian cultures. Rich flavors like roasted goat and queijo coalho, a fried cheese dish often served as an appetizer with garlic, tantalize the taste buds as you feast. Make sure to sample Recife’s signature dessert, cartola. The sweet and salty combination of caramelized bananas with a layer of mild cheese is to die for.

Call your Travel Advisor or one of our Voyage Specialists at 1-844-44ATLAS (28527) for more information.