As you sail through the majestic fjords and glaciers of Norway on this luxe-adventure expedition, you have the chance to visit several iconic scenescapes to add to your trophy travels. Combining electrifying views with endeavors into the Arctic environment, it’s a journey made for the explorer spirit. 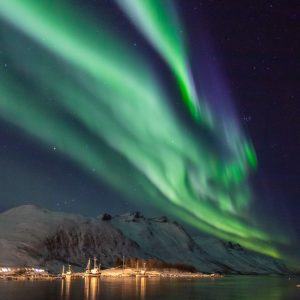 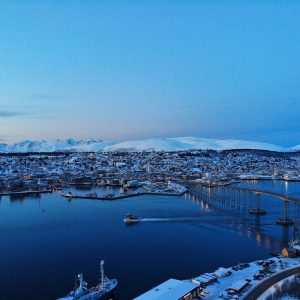 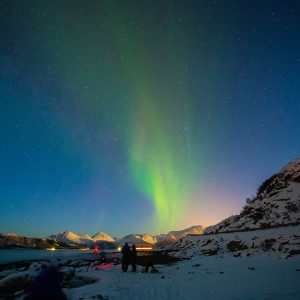 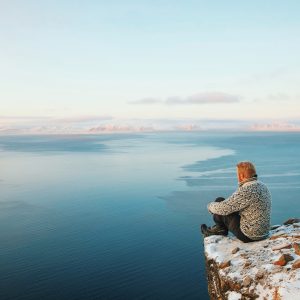 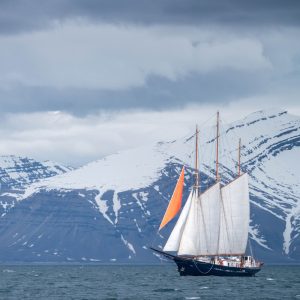 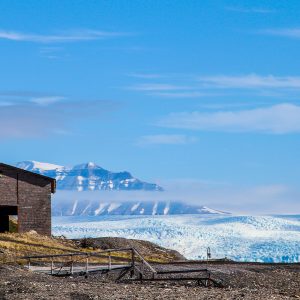 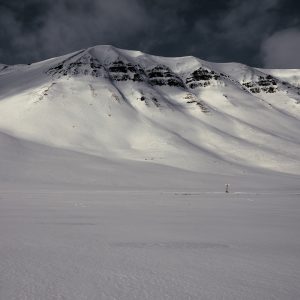 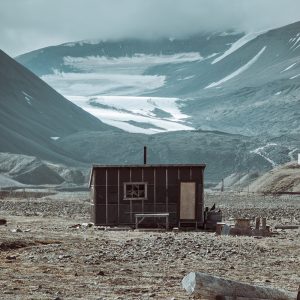 EVERY ASPECT OF YOUR JOURNEY CONSIDERED:
Roundtrip air always included for all destinations

EXPLORE YOUR WAY:
A complimentary land excursion in every port.

Fares
Starting FROM $7,679 per person

Not only will you witness magnificent fjords and glaciers throughout Tromsø, Norway, but you will also immerse yourself in a sophisticated cultural life and architectural delights. A superb example of blending the built environment with the natural setting is the Arctic Cathedral, an architectural marvel made up of aluminum-coated concrete panels, making it a stunning façade resembling an iceberg. To see the real icebergs, all you have to do is take the Fjellheisen cable car 1,525 feet above sea level for incredible views of the Norwegian fjords. You can also stroll around the Arctic-Alpine Botanical Garden, visit the Science Centre of Northern Norway or gain new knowledge at the city’s museums including the Polar Museum, Tromsø University Museum, and Perspektivet Museum.

Bjørnøya (Bear Island) is the southernmost island of the Svalbard archipelago, halfway between Norway and Spitsbergen. Bear Island was discovered by the Dutch explorers Willem Barentsz and Jacob van Heemskerck in 1596. It was named after a polar bear that was seen swimming nearby. The Russian Pomors came to Bjørnøya to hunt in the late 1700s and left several remains of houses and grave sites for present-day and future explorers to find. The oldest kept hunting cabin in Svalbard, the Hammerfest House, was built in 1822. Despite its remote location and barren nature, there are personnel working at the island’s meteorological station Herwighamna.

Located in Svalbard, an archipelago situated between Norway and the North Pole, Pyramiden was a Soviet-era village that has since been abandoned. At its heyday, more than 1,000 people lived in Pyramiden. Residents were sent to different block-style housing depending on their status and gender. When the Soviet Union collapsed in 1991, the town began to thin. There were shortages that resulted in poor living standards. Soon, the residents began leaving, until all that was left was the bust of Lenin-the world’s northernmost statue of that communist revolutionary-gazing down, fatherly and proud, on Pyramiden’s main square. There are no restrictions on visiting Pyramiden, however, you are only allowed to enter any buildings with explicit permission

Longyearbyen is in a valley on the shores of the idyllic Adventfjord, surrounded by steep mountains and several glaciers. There are only around 25 miles of roads in this village, which is divided into several neighborhoods, including the town center and Nybyen (New Town), which consists of charming miners’ barracks constructed after the war, as well as guest houses, a restaurant and gallery, and not to mention beautiful views of the landmark mountain, Hiorthfjellet. Be sure to visit the Svalbard museum as a break between the plethora of activities like summer dogsledding or cruising to the abandoned Russian city of Pyramiden

Call your Preferred Travel Advisor or one of our Voyage Specialists at 1.844.44.ATLAS (28527) for more information.