Gibraltar is a sight to behold at night from the Spanish town of La Linea de la Concepción, and you can experience it with a late departure from port. Become enthralled with the Moorish architecture of Faro, Megalithic Monuments of Alcalar in Portimão and labyrinthine
medina of Tangier 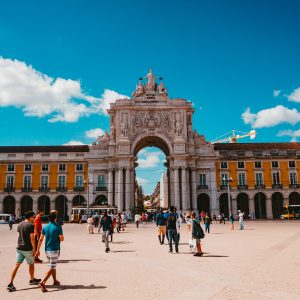 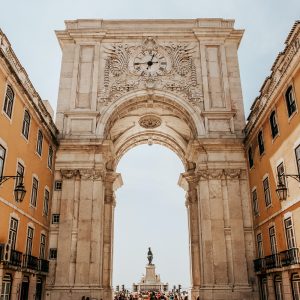 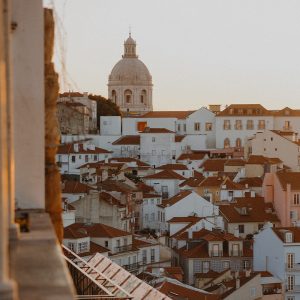 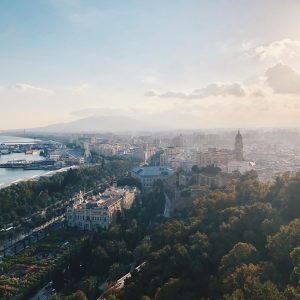 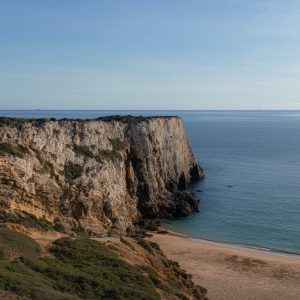 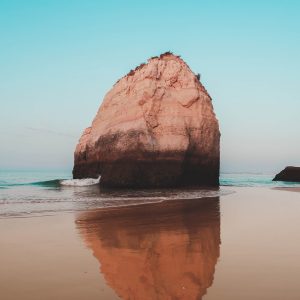 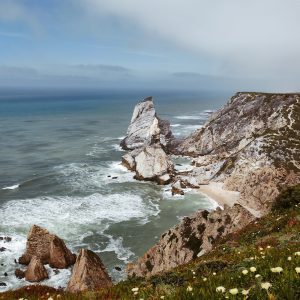 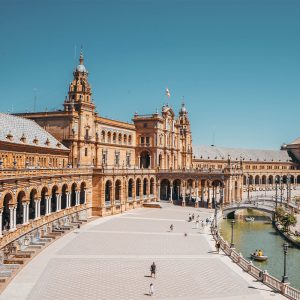 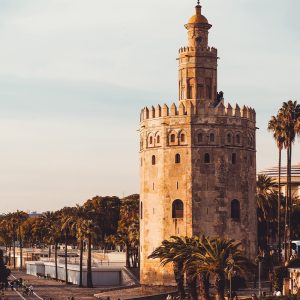 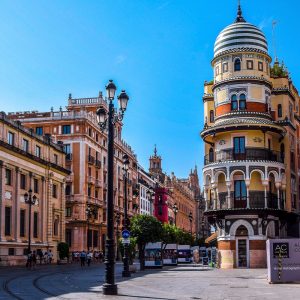 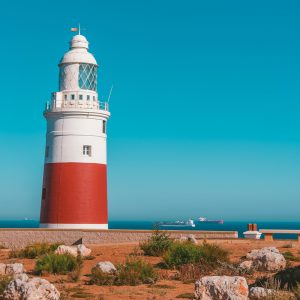 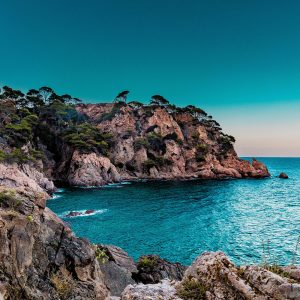 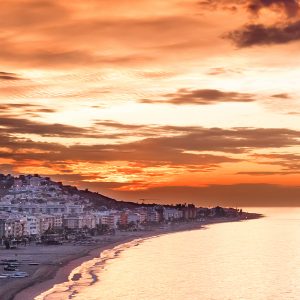 EVERY ASPECT OF YOUR JOURNEY CONSIDERED:
Roundtrip air always included for all destinations

EXPLORE YOUR WAY:
A complimentary land excursion in every port.

Fares
Starting FROM $6,119 per person

The Spanish city of Málaga along the Mediterranean’s Costa del Sol combines the simple, cosmopolitan feel with the quiet sleepiness of local fishing villages. A dive into the past starts with the ruins of the Roman amphitheater, its ancient stones creating the path that leads to Alcazaba Castle. When the sun goes down, the party starts at Plaza de la Constitucion. Energy thrums through the city streets as the residents come out for the night. Make your way to Granada to visit the famous Alhambra Palace, an outstanding example of Moorish architecture that attracts travelers from all around the world.

The autonomous Spanish city of Ceuta lies on the northern coast of Africa, bordering Morocco. Religious influences from Christians, Sephardic Jews, Muslims and Sindhis have shaped its history and culture throughout the years, making it a diverse destination rife with adventure for the curious explorer. At the heart you will find Plaza de África, a charming square surrounded by lush, tropical plants and maintained cobblestone paths. Take a walk over to the Plaza de los Reyes to catch a glimpse of Ceuta’s fantastical Casa de los Dragones. Cool down in the summer at the Mediterraneo Marine Park.

Perched on the tip of the Iberian Peninsula between Europe and Africa lies the famous Rock of Gibraltar. The Mediterranean Steps, once a military path, now act as a pedestrian walkway for visitors that seek a challenging adventure that leads to rewarding panoramas. Atop the promontory the 300 Barbary macaques, Europe’s only wild-monkey population, greet you and await their feeding.

Down in the Neolithic limestone caves of Gibraltar, where Europe’s Neanderthal ancestors once lived, stalactites and stalagmites tell the story of thousands of years of history. Among this system lies St. Michael’s Cave, where the residents of Gibraltar turned the natural formations into an event auditorium where the staging’s lights cast an ethereal glow against the rocks for a truly magnificent show.

A Moroccan port in the Strait of Gibraltar, Tangier has acted as the connection between Europe and North Africa since Phoenician times. It’s also a less-traveled port, so it offers a more authentic feel to city life in Morocco. Wander the medina to lose yourself in the maze of narrow streets leading to the Grand Socco marketplace. The Kasbah Museum, the old sultan’s palace restored to its former glory, contains a dazzling array of detailed maps, mesmerizing courtyards and signature Moorish architecture. Explore the Caves of Hercules, near Cap Spartel just outside of Tangier city limits.

The capital of the southern Algarve region of Portugal, Faro, lies along the Atlantic Coast and is known for its prime examples of neoclassical and Moorish architecture. Explore the Faro Cathedral, a monument established in 1251 with a battlement façade that gives way to its history of war. Within Faro’s lagoon lie the outer islands that invite you to lounge on golden, sandy beaches with absolutely unspoiled beauty. To reach Ilha da Culatra and Ilha Barreta (or Ilha Deserta), you can only do so by a small vessel.

Along the southwestern coast of the Algarve region of Portugal lies the vibrant port city of Portimão, equal parts history come to life and modern, cosmopolitan atmosphere. The Megalithic Monuments of Alcalar contain prehistoric remnants of the country’s beginnings while Praia da Rocha (Rock Beach) presents the quintessential beach scene that makes this an ideal, tropical getaway. Not far from here you’ll find Praia dos Três Castelos, a beach well-known for its strange and dramatic rock formations of limestone. Located in the urban setting of Portimão, the Fort of Santa Catarina creates a stark contrast with its medieval construct, where walking the ancient paths call to your inner child and make you feel a sense of wonder and imagination.

The city and municipality of Setúbal lies within the Lisbon metropolitan area, making it a slice-of-life example of Portugal’s greater history and culture. Wildlife lovers can revel in the beauty of the nearby Natural Reserve of Sado Estuary, where wild flamingos dot the shores as they bathe in the sunshine. Hike up the trail to Fortaleza de São Filipe, a structure that invites history buffs to traverse its old paths. Make sure to stop by one of the restaurants to try a local favorite that originated in Setúbal: choco frito – fried cuttlefish.

Portugal’s capital Lisbon comes alive with a rich history seen in every nook and cranny of the city. From the resting place of famous explorer Vasco de Gama at Jeronimos Monastery to the impressive turrets of São Jorge Castle dating all the way back to second century B.C.E., Lisbon offers a deep dive into the past to satiate the most curious travelers.
While Western Europe’s oldest city boasts an array of Baroque and Neoclassical architecture, that does not mean it has remained stuck in the past. On the contrary, the colorful culture and vibrant life that runs throughout the city’s restaurants, shops, and rooftop bars make it buzz with infectious energy. Taking a tuk tuk through its hard-to-reach passages allows you to experience Lisbon as the locals do.