CREATE YOUR OWN ADVENTURE

Late nights on this luxe-adventure expedition give you the chance to further explore Dubrovnik’s famed Old Town and the charming villages of Corfu. Discover Croatia’s cosmopolitan side with an overnight in Hvar, a city with a reputation as a prime yachting destination. 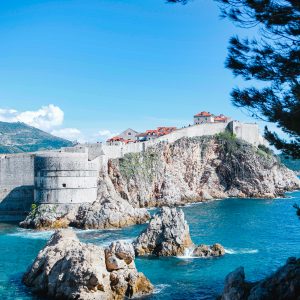 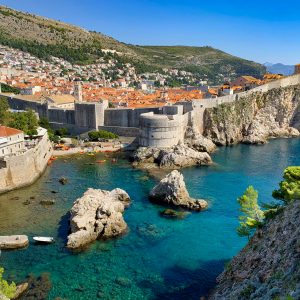 PROMISES FOR A LUXE-ADVENTURE EXPERIENCE

EXPLORE YOUR WAY:
Choice of complimentary land excursions in every port.

Fares
Starting FROM $9,599 per person

Athens is still as iconic as ever. Winding pathways from ancient times transformed into modern-day roads and streets lead you to the monumental gateway of the Acropolis and other archaeological sites. It is a land soaked in history and mythology, but not stuck in the past.

As you wend through back alleys, passing the street art and getting serenaded by street musicians, you are never lost. You are simply taking a journey to an unknown destination. You may find yourself at the likes of the Church of Agioi at the southeast corner of the Holy Apostles Ancient Agora, a less-crowded historical site away from the flocks of tourists.

Try your hand at haggling with local vendors at the Plaka or Monastiraki flea market. There are so many handmade wares and trinkets to peruse and purchase. Keep an eye out for the more risqué souvenirs if you want a good laugh.

Aside from venturing through the cradle of Western Civilization, you can explore the port of Piraeus. It is the biggest port in Greece and one of the most important ports of the Mediterranean. Centuries of history have transformed this seaside town from a wartime fortress to a major shipping and transportation center.

The canal’s final construction stands at 70 feet wide at sea level, 81 feet wide at its top level and 300 feet tall. Its narrow construction is too small for modern freight ships, but smaller expedition vessels can freely navigate it for an adventurous tour.

Before heading into the legendary Delphi, you can dock in the charming coastal town of Itea. Feel free to explore Miami Beach (not to be confused with Florida’s), its prestigious Blue Flag beach. The expansive local fields of Amfissa olive trees create a lush, green landscape known as the “sea of olives.” The peak of Mount Parnassus in the distance adds to the sense of wonder in this picturesque scenery made for an impromptu photo shoot.

When you’re ready for some ruins, the Oracle at Delphi awaits. To explore the Sanctuary of Apollo and other ancient remnants, you must climb the slopes of the mountain on a path known as the Sacred Way. It is here you will gaze upon what’s called the navel of the world.

As you stand among the crumbling stones that make up the Athenian Treasury and ancient stadium, you cannot help but get swept back in time. There is a great sense of adventure that makes you feel like a certain iconic archaeologist as you step over stones the ancient Greeks once walked. Panoramic views behind the remaining structures create a richer picture of life before modern times. The surrounding environment creates a harmonious balance between nature and manmade marvels.

Delphi is a place where history and mythology become entangled, where one cannot exist without the other. Everything feels simpler. But that does not make it any less inspiring. It is a privilege to witness these ancient Greek ruins that have stood the test of time.

Katakolon is a little seaside village on the western coast of Ilia and it’s exactly what you picture when you think what a Greek village should be. You can taste the day’s catch fresh from the fishermen’s nets at the gateway to Olympia. With a small population and plenty of shops and restaurants to peruse, it’s the perfect way for travelers to get an intimate look at Greek life.

The home of the first Olympic Games in 776 BCE, Olympia still holds wonder. As explorers wander onto the ruins the first thing that catches their eyes are the stone columns. Still standing where they were first lined up in ancient times, one cannot help but let their imagination run wild as they fantasize about running the first flame across the field.

Many are tempted to take their place in history when they catch sight of the pedestals where Olympic winners once stood to receive their spoils. But please, don’t stand on the victors’ columns. It will have to be enough to admire them or strike a triumphant pose next to one of the first place pedestals.

Fun fact: This is where the saying, “Don’t rest on your laurels,” came to be. Victors of the Olympic Games earned a wreath made of aromatic bay laurels as a symbol of their triumph. But these long-past victories were never meant to help them hold their social status long term.

Wander further into the ruins and find the remains of the Temple of Zeus. The platform is roped off for visitors, but just standing at its base is enough to inspire awe. Visitors can spend hours at the site and marvel at how all those constructs have managed to keep standing after all this time.

The horseshoe-shaped bay of Saranda on the Albanian Riviera lies between the Ionian Sea and rolling hills of olive groves. When visiting, the Butrint National Park should hold a spot on your bucket list. This UNESCO World Heritage Site and Ramsar Wetland Site of International Importance holds the remains of a city from the Roman Empire, a scenic lagoon and breathtaking mountains. Surrounded by beaches and a promenade, Saranda is a quintessential Mediterranean destination when you’re looking for a simple yet elegant experience. Wander over to the secluded natural bay of Mirror Beach on the way to Ksamil village.

Along the Adriatic coast of Montenegro lies the fortified town of Kotor, known for its medieval old town with winding streets and historic squares, as well as its many Romanesque churches and Maritime Museum. For unbelievable views of the Bay of Kotor, hike to the top of San Giovanni Fortress. Stroll through the many vendors, taking in the sounds, scents and colors as they call out their daily specials, produce and homemade goods. Swim the stunning azure waters of the bay with a boat tour to the Blue Cave.

The ancient Greeks once referred to the island of Kor?ula as Black Kor?ula because of the dense forest covering it. One of the main resorts, Kor?ula Town, is often referred to as “Little Dubrovnik” for its medieval churches, houses, squares and palaces. Discover the fascinating history of the island with explorations of the forts, complete with defensive walls and towers that tell of a storied past. It also contains approximately 50 beaches, among them the sandy shores of Vela Pržina in Lumbarda, providing a quieter beach adventure with soft sands, serene waters and one of the sunniest spots on the island.

The port town of Hvar shares its name with the Croatian island, renowned as a prime summer destination for yachting. Considered the crown jewel of Croatia’s Dalmatian islands, Hvar has cultivated a reputation as rich in history, culture, literature and natural monuments. Drink in the stunning landscapes as Hvar is covered in vast fields of ancient olive trees, lavender and vineyards. Within its bounds you will find the oldest town in the entirety of Croatia, Stari Grad, established by the ancient Greeks. For a picture-perfect seaside locale, head over to Dubovica Beach along the Adriatic Sea.

The port town of Hvar shares its name with the Croatian island, renowned as a prime summer destination for yachting. Considered the crown jewel of Croatia’s Dalmatian islands, Hvar has cultivated a reputation as rich in history, culture, literature and natural monuments. Drink in the stunning landscapes as Hvar is covered in vast fields of ancient olive trees, lavender and vineyards. Within its bounds you will find the oldest town in the entirety of Croatia, Stari Grad, established by the ancient Greeks. For a picture-perfect seaside locale, head over to Dubovica Beach along the Adriatic Sea.

One of only three coastal towns in Slovenia, Piran offers a bustling harbor scene filled with seafood restaurants, a busy main square and enthralling medieval walls to explore. Tartini Square offers a superb perspective both from the ground and up high. Taking the trail from the Piran Promenade at the end of Tartini Square to Punta, you can watch fishing boats and private vessels pull into the dock. Treat your tastebuds to the fresh catch of the day as you enjoy the nautical atmosphere at Ladja Podlanica, a seafood restaurant located on the owners’ fishing boat.

The iconic image of Venice shows a city with no roads, only canals, including the Grand Canal thoroughfare most often associated with it. That’s because it’s built on over 100 small islands in a lagoon amid the Adriatic Sea. In the heart of the city close to Piazza San Marco you will find the Bridge of Sighs, an architectural jewel amid so many historical wonders. Venetian cuisine is renowned throughout Italy for its high-quality seafood. Positioned within a lagoon, local chefs and restaurants have the advantage of fresh-caught fish directly from the source and bringing it straight to their tables.