PLUS, VISIT THE BEST OF THE CARIBBEAN ISLANDS

FILM FEST@SEA is an exclusive showcase of award-winning movies, insider viewpoints on filmmaking, captivating interviews and more with distinguished directors and filmmakers. This expedition fuels your passion for movies as you make your way through must-see islands of the Caribbean. Stimulate your intellectual side throughout our 10-night journey with films that cover a diverse range. Duty Free – presented by the movie’s filmmaker – tells the story of a mother and son bucket-list journey that documents economic insecurities shaping an entire generation’s future. Another documentary follows the story of the influence Native musicians had on rock music history. And there’s more waiting on board the brand-new World Navigator. 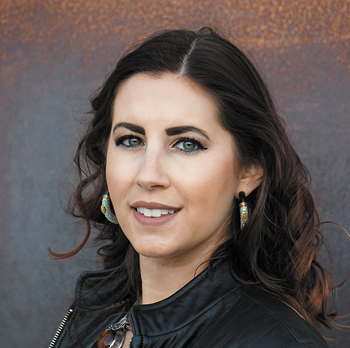 ERIKA COHN is a Peabody, Emmy and DGA Award-winning filmmaker who Variety recognized as one of 2017’s top documentary filmmakers to watch and was featured in DOC NYC’s 2019 “40 Under 40.” Most recently, Erika directed/produced the New York Times Critics Pick and Peabody and Emmy Award nominated BELLY OF THE BEAST, featuring the 2021 Oscar shortlisted original song, “See What You’ve Done” by Mary J. Blige. This powerful expose´ of human rights abuses in women’s prisons opened in theatres and was broadcast on PBS’ “Independent Lens” last fall. Her current releases also include The New York Times Op-Docs short film, WHAT YOU’LL REMEMBER, now playing in theatres and major film festivals. Previously, Erika directed/produced THE JUDGE, (TIFF 2017), a Peabody Award-winning and Emmy-nominated documentary about the first woman judge appointed to the Middle East’s Shari’a courts. She also co-directed/produced, IN FOOTBALL WE TRUST, (Sundance 2015), an Emmy award-winning documentary about young Pacific Islander men pursuing their dreams of playing professional football. In 2013, Erika founded Idle Wild Films, which has released three-feature documentaries and produced numerous commercial spots, including Gatorade’s “Win from Within” series, which received a 2016 Webby award-nomination. 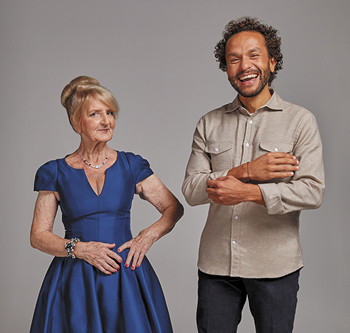 Sian-Pierre Regis is a filmmaker who directed, produced and self-distributed his debut feature documentary Duty Free. Released in 30 theaters over Mother’s Day 2021, Duty Free was a press magnet garnering coverage from CBS Sunday Morning, NPR, MSNBC, The Tamron Hall Show, AARP; the film was also a #1 Apple News story through the weekend. Prior to filmmaking, Regis was a journalist and on-camera contributor to CNN, HLN, MTV and founded Swagger, an online lifestyle magazine for millennials with over 1.5 million fans. In 2018, he received an Honorary Doctorate from Colgate University.

INDEPENDENT LENS FILM SERIES ON BOARD

After a 75-year-old immigrant mother gets fired without cause from her lifelong job as a hotel housekeeper, her son takes her on a bucket-list adventure to reclaim her life. As she struggles to find work, he documents a journey that uncovers the economic insecurity shaping not only her future, but that of an entire generation.

RUMBLE: THE INDIANS WHO ROCKED THE WORLD - presented by Lois Vossen

Rumble tells a missing chapter in rock history and is essential viewing for music fans. The documentary traces the melodies and rhythms of traditional Native American music as it changed the trajectory of rock and roll. Native musicians like Robbie Robertson and Buffy Sainte-Marie define its evolution, and Native guitarists and drummers such as Link Wray (the electric guitar pioneer whose titular instrumental hit was banned from the radio), Jimi Hendrix (part-Cherokee), Jesse Ed Davis, and many more helped redefine 20th-century American music. Their stories are told by other rock legends who played music with and were inspired by them, including George Clinton, Taj Mahal, Slash, Jackson Browne, Taboo, Buddy Guy, Quincy Jones, Derek Trucks, Tony Bennett, Iggy Pop, Steven Tyler and Stevie Van Zandt.

At the top-ranked public high school in San Francisco, the seniors are stressed out and keenly aware of the intense competition for spots at their dream colleges. At Lowell High School cool kids are nerds and nearly everyone has an amazing talent but the things that usually make a person stand out can feel not good enough. With humor and heart, Try Harder! takes us to the reality of the American college application process and the intersection of class, race, and educational opportunity as experienced by high school seniors. Try Harder! is a portrait of young adults in the most diverse American generation ever as they navigate a quintessential rite of passage.

The citizens of Storm Lake, Iowa rely on Art Cullen, his family and The Storm Lake Times to deliver the news on their changing community, a city of 10,000. Cullen, winner of a 2017 Pulitzer Prize, continues to write about the impact of climate change on Storm Lake’s ecology, while his son reports on City Hall, his wife churns out human interest stories, and his brother holds the business together. Twice a week they work as civic watchdogs to protect their hometown and the legacy of credible local journalism.

Only on our 10-Night Elite Caribbean & Golf Adventures voyage can you navigate the most elegant islands of St. Martin, St. Barts, St. Kitts, Nevis and more; play at exclusive golf clubs amid lush landscapes; and experience a private FILM FEST@SEA from PBS’s Independent Lens. 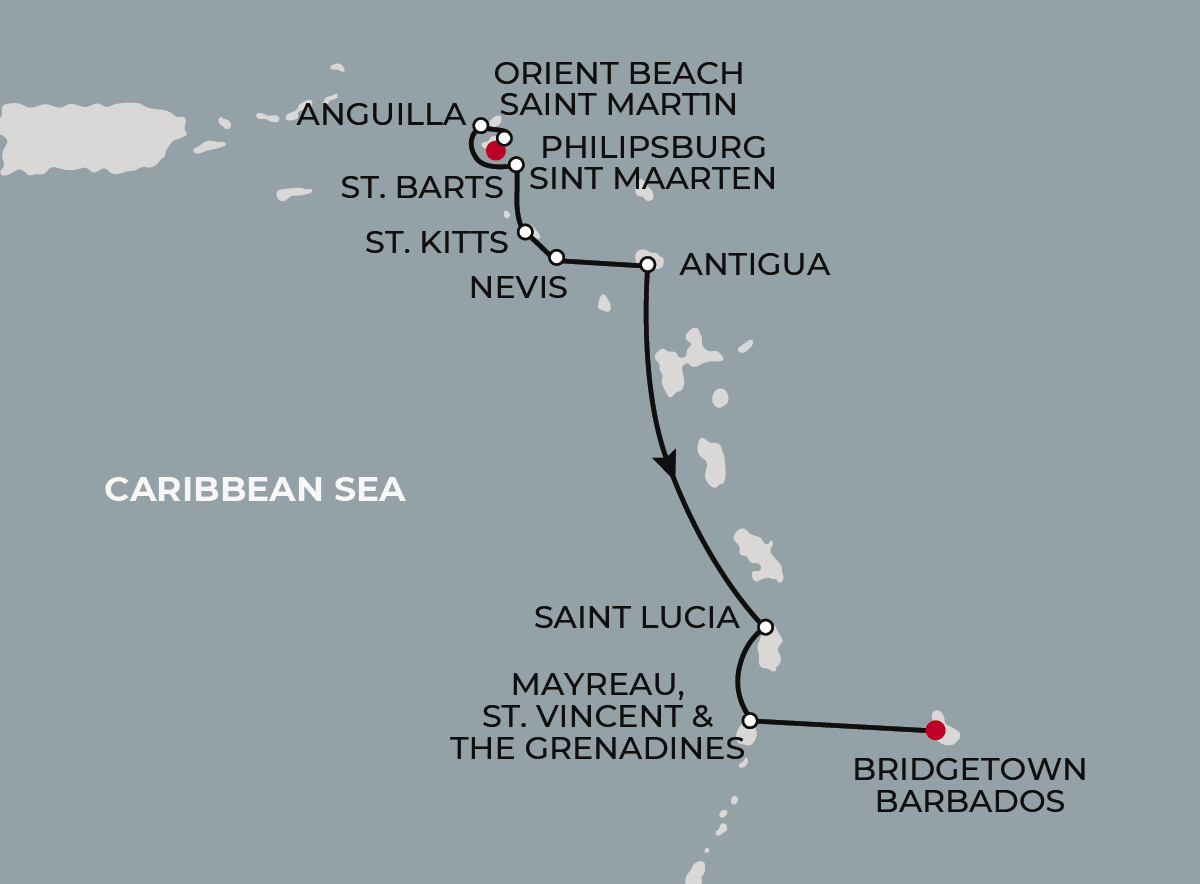 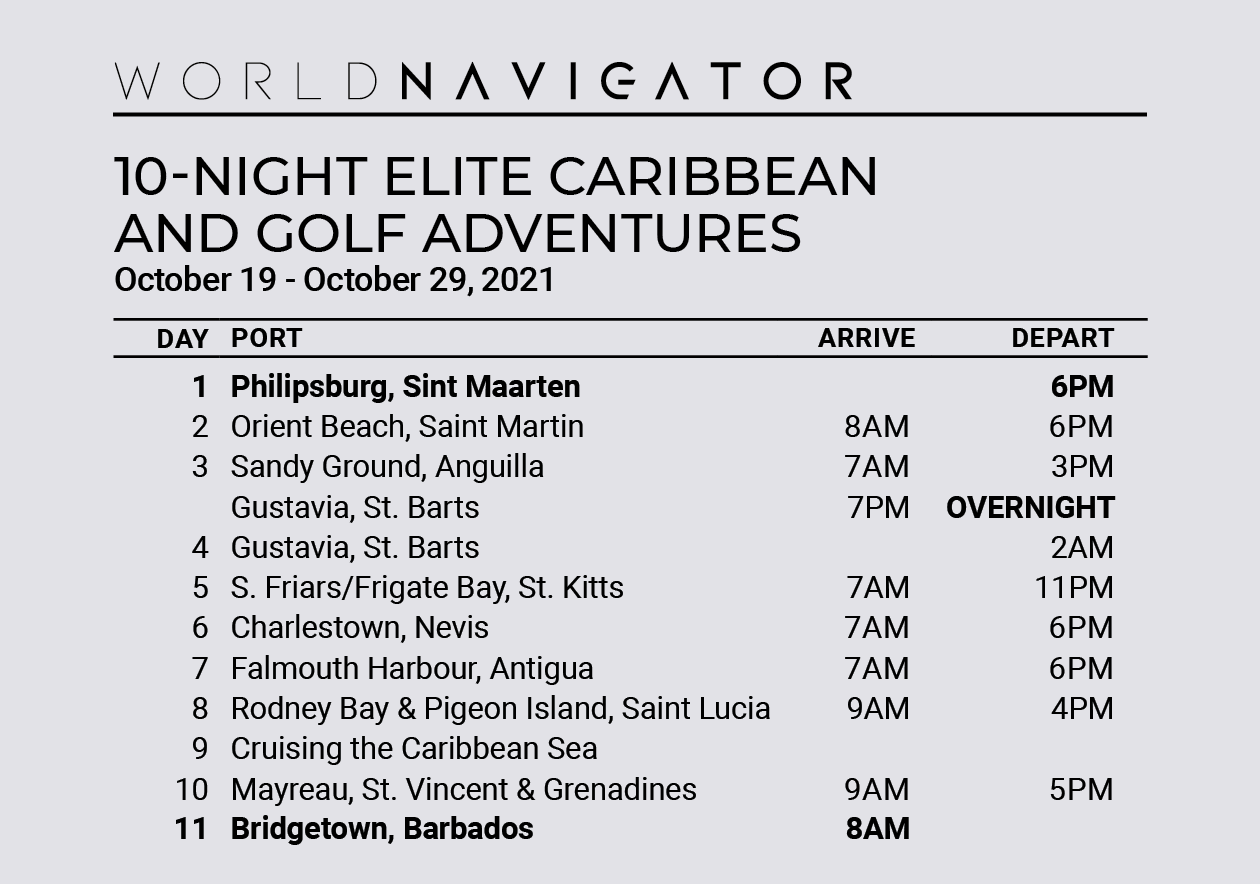 For this sailing only – we’re providing a risk-free cancellation policy that provides a full refund if cancelled for any reason.

Offer is capacity controlled and may be withdrawn or modified at any time at Atlas Ocean Voyages’ sole discretion. Restrictions may apply. Full terms and conditions, gateway locations and cancellation details can be found at atlasoceanvoyages.com/terms-of-use. © 2021 Atlas Ocean Voyages. Ship’s Registry: Portugal

PROMISES FOR A LUXE-ADVENTURE EXPERIENCE

EXPLORE YOUR WAY:
Choice of complimentary land excursions in every port.

And for this voyage only, an Indie Film Fest, brought to you by Independent Lens, is also included!