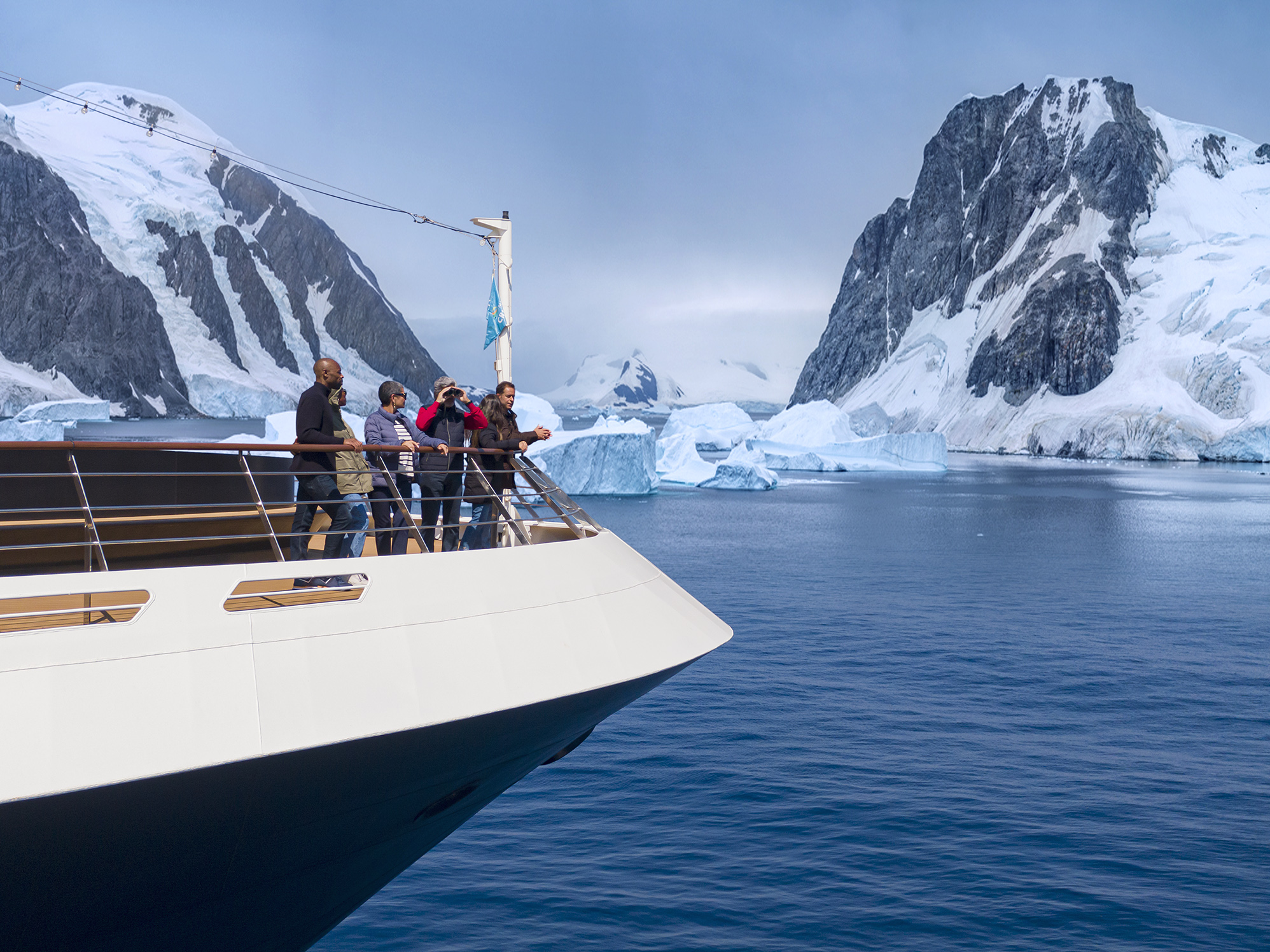 Condé Nast Traveler is looking forward to the newest in cruising, and Atlas Ocean Voyages has made their list as the best “pushing expedition cruising forward.” Check out the original blog post here.

From Goop wellness partnerships to rare ports of call, here’s what we’re excited about.

A year ago, nobody was sure when we would be able to cruise again, or what it would feel like when we did. Now we have our answer. Because the entire cruise industry held hands on a cooperative approach to health, safety, and customer care, ships have been returning steadily to the water over the second half of this year. And the experience, in terms of onboard service and the direct, immersive access guests have to destinations, is unparalleled anywhere else in the world of travel. As sailings start up again, we dive into the trends to watch as the sector reopens, insider tips, and the sleek new ships and groundbreaking itineraries coming next year.

One of the most ballyhooed features of Virgin Voyages’ inaugural ship, the Scarlet Lady, is its tattoo parlor, Squid Ink, which the company has promoted as an industry first. While fresh body art isn’t what most cruisers mean when they say they want a trip to remember, Virgin has made no secret of its desire to be a disruptor since announcing its plans to get in the cruise game back in 2014. After a pandemic delay, Scarlet Lady is at last prowling the waters of the Caribbean with high-­energy, neon-lit onboard restaurants and Ibiza-style beach-club stop-offs to lure a younger crowd that might otherwise opt for spring break in Tulum. Celebrity Cruises launched its Goop partnership with well-being adviser Gwyneth Paltrow earlier this year to court her tribe of self-improvement acolytes who seek out specialized serums and Ayurvedic everything. Sessions have featured spiritual healing with leading Hollywood “intuitive and clairvoyant” Deganit Nuur as well as movement classes from instructor Drea Wheeler, who will be on Celebrity Millennium’s December sail to such places as San Juan, Puerto Rico, and Philipsburg, St. Maarten. And Eyos Expeditions, which already appeals to active cruisers, takes things one step farther when it sails its MV Nansen Explorer this month, bringing a group of just 12 travelers to Marguerite Bay, south of the Antarctic Circle; it’s followed up next year by a journey to the rarely accessed Maniitsoq Island in Greenland.

Travelers have spent a year and half desperate to really explore the world, so perhaps it’s to be expected that expedition cruising—those small-ship, destination-­focused voyages that plunge guests into nature, history, and culture—is booming right now. Seabourn, known for its refined ocean liners and collaborations with culinary titans like Thomas Keller, arrives in Antarctica this May with the new Seabourn Venture. Passengers can Zodiac past leopard seals and explore life underwater from the comfort of state-of-the-art submarines, Champagne glass in hand. Closer to home, Viking’s new expedition ship Viking Octantis also hits the water in May, bringing 378 passengers to the boreal forests of Thunder Bay in Ontario and the sea caves of Wisconsin’s Apostle Islands. For serious adrenaline junkies, Quark Expeditions’ newest ship, Ultramarine, literally elevates the playing field with two twin-engine choppers that whip passengers straight from the deck into deepest Svalbard, where polar bears’ footprints are more common than humans’. But no company is pushing expedition cruising forward more than its newest player, Atlas Ocean Voyages. In 2022 the fledgling adventure line, which debuted this year with the sleek World Navigator, will add World Traveller; the former will traverse the craggy coastlines of the Baltics, the glaciers of Greenland, and the treasured sites of Iceland.

Right now, cruise lines may be the best way to earn travel’s biggest bragging right: visiting somewhere before anyone else. The Kingdom of Saudi Arabia’s plan to welcome commercial tourism makes the country the first newly accessible destination since travel restrictions to Cuba were relaxed five years ago, and cruise ships have already arrived. Last month, MSC Cruises’s Bellissima began operating Red Sea itineraries for international guests departing from a shiny new terminal in the port city of Jeddah, and in March, the new Emerald Azzurra will commence a similar route ending in Athens. Scenic will be bringing passengers to the snorkeling capital of Yanbu to dive with sunken merchant ships, while Silversea Cruises, Regent Seven Seas, and Oceania are also making plans to visit Saudi Arabia. Elsewhere, in 2022 expedition line Hurtigruten will be the first line in years to transport travelers to Guinea-Bissau’s remote Bissagos Islands, off the West African coast, to explore mangrove swamps and hard-to-reach coastlines (other destinations include the music scene of Dakar and the forts of Cape Verde). And Windstar Cruises will chart fresh itineraries around Australia and New Zealand when its yachts debut in both countries later in the year. A highlight? Stop-offs to the rarely visited settlement of Oban on New Zealand’s southern Stewart Island, home to native kiwi and tui birds. The company will continue its year of firsts when its ships sail through Turkey’s narrow Corinth Canal to Çanakkale, southwest of Istanbul.

Experience the newest in expedition-style cruising with our 2022 luxe-adventure voyages aboard our Explorer Class fleet.

Spy Out the Land Previous