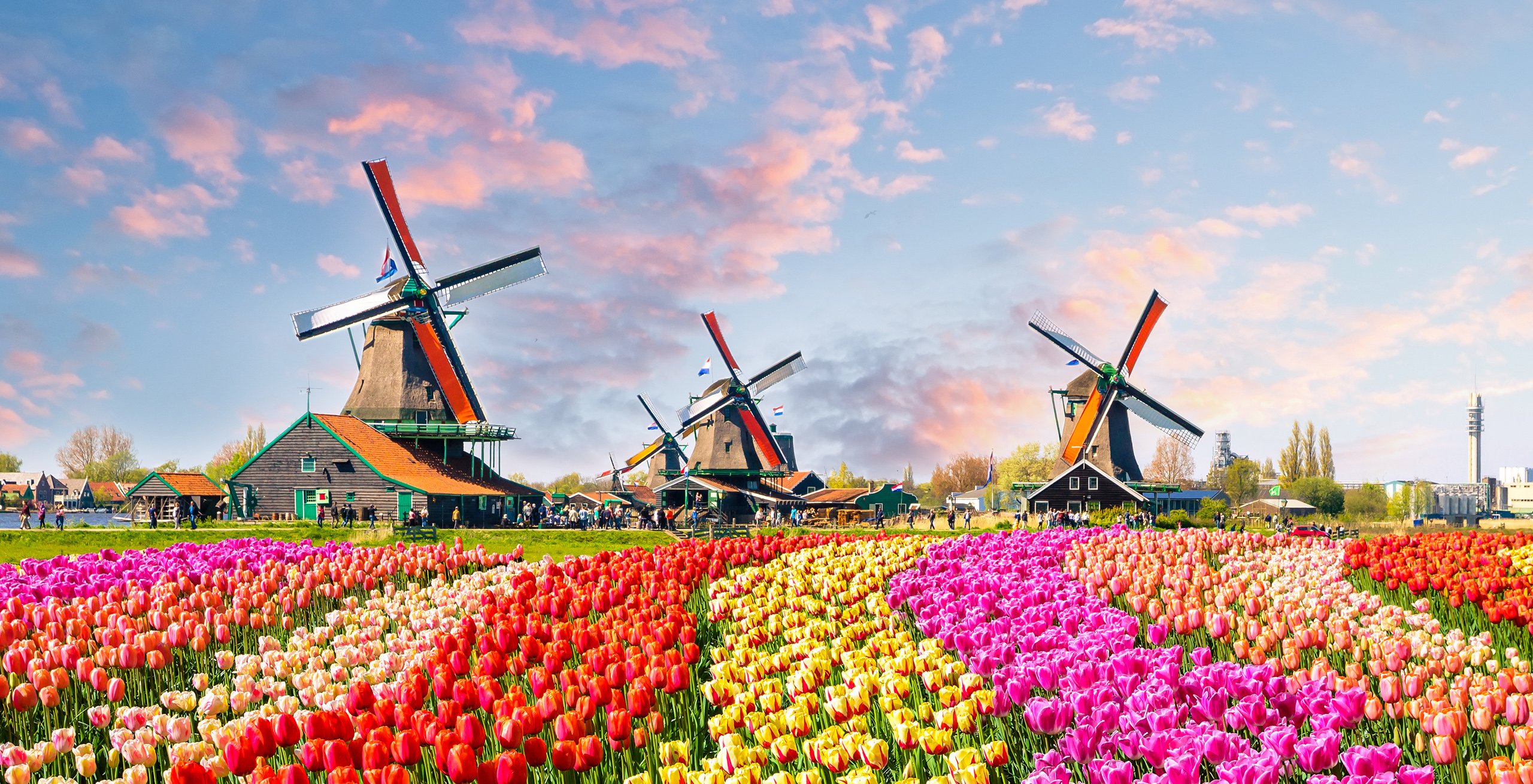 A Feast of Flowers

Amsterdam has become famous for the wonderfully colorful tulips they grow there. Vast fields of vibrant flowers with a background of windmills are the quintessential image of the Netherlands. But these beautiful blooms are also edible.

During World War II, like most places around the globe, Amsterdam fell on hard times. The people lived on rations and found creative ways to prepare food for sustenance. Once they found that tulips were high in calories – a necessity with dwindling rations – the Dutch government created a campaign to encourage citizens to turn to the tulip for recipes.

They launched cooking demonstrations and offered recipes that highlighted how to use tulips as substitutions. Tulip bulbs could be dried and ground into flour as they contain a lot of starch. Mixed with the meager rations of coffee, it gave the brew a nutty flavor.

Some used tulip bulbs to substitute for cabbage in sauerkraut or potatoes in the traditional rösti-style fritters. Among the most well-known recipes was tulip bulb soup, a simple broth made nutritious enough to provide what the war-torn citizens needed to survive.

But tulips must be prepared carefully. Their cores contain a germ that makes them toxic for the intestines. If that germ isn’t removed in the cooking process, it can cause severe blockage and swelling in the stomach.

What once was used as an ingredient in times of hardship and necessity is today a luxurious delicacy. Tulip dishes tend to come at a high price, as the bulbs take a great deal of time and energy to cultivate. But Amsterdam’s chefs are bringing back tulips on the menu with inventive twists on classic dishes like patatje oorlog (war fries).

War fries are usually served as fried potatoes with peanut sauce, mayonnaise and raw onions. Chef Emile van der Staak’s version – of the Michelin-starred restaurant De Nieuwe Winkel – instead makes the dish with fried tulip bulbs, a chestnut cream and hay-infused mayonnaise, for a more elevated interpretation. Other fine-dining establishments like De Librije in Zwolle and Café Caron in Amsterdam are bringing tulips to their menus as well.

Sample the delicacy of tulips in Amsterdam on our “13-Night Kiel to Porto” luxe-adventure voyage aboard the brand-new World Navigator.