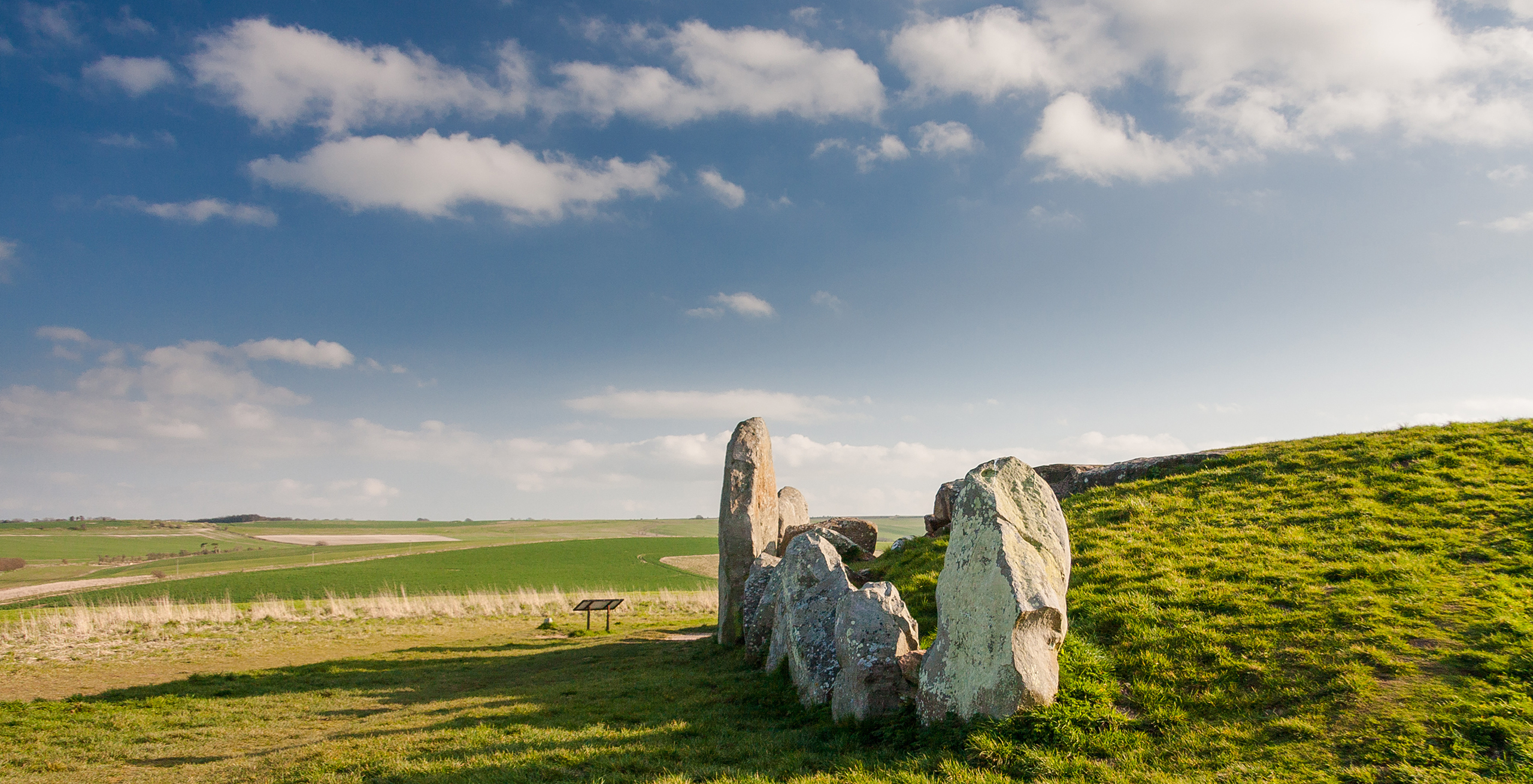 Everything old always becomes new, and that includes ancient burial practices. Throughout the United Kingdom, there has been a resurgence in interest for barrows. These stone structures were once the funeral choice to house dead loved ones and today, they’re making a comeback.

The original barrows of the British Isles were built in the early Neolithic era between 4,000 and 3,000 BCE. They appear simple on the outside as merely stone buttresses erected on a grassy hill. But a doorway leading directly into the hill reveals a space containing shelves with the remains of the deceased, like an open mausoleum.

Near Belfast, Ireland in the settlement of Cairncastle, you can find the Linford Barrows. This Bronze Age barrow consists of two adjacent circular mounds, indicating an important member of the settlement is buried there, perhaps a clan leader. Over on St. Mary’s, an island in the Isles of Scilly, you can visit Bant’s Carn. This grave sits on a steep slope and was constructed during the Iron Age.

Modern-day cities like London once housed barrows as well, but they’re harder to find today with so much construction and change that these environments have undergone. Some suspect mounds in parks found throughout Wimbledon Common, Richmond and Parliament Hill may be the remains of some ancient barrows, but none have been confirmed.

In some civilizations, barrows didn’t only serve as the resting places of the dead. They also functioned as gathering spaces for communities to come together, much like how today cities and towns have city centers with civic spaces.

One of the burial mounds most popular to visit today is Long Barrow at All Cannings. This barrow was not built in ancient times, but in 2012 by Tim Daw, a steward of Stonehenge. He saw that many visitors tried to leave ashes of their loved ones at the famous site. In response to the rising concern of cemeteries being dug up to make space for other city purposes, barrows have been revived as an alternate mausoleum for those who have been cremated.

Archaeologist Kenny Brophy suggests the survival of ancient barrows has given people a sense of permanence. If the ancient burial mounds have survived so much history, then perhaps their modern versions will stand the test of time as well. It speaks to the human desire to be remembered long after death.

Look for ancient barrows throughout the British Isles on a luxe-adventure voyage aboard World Navigator.

Better Than Garden Variety Next