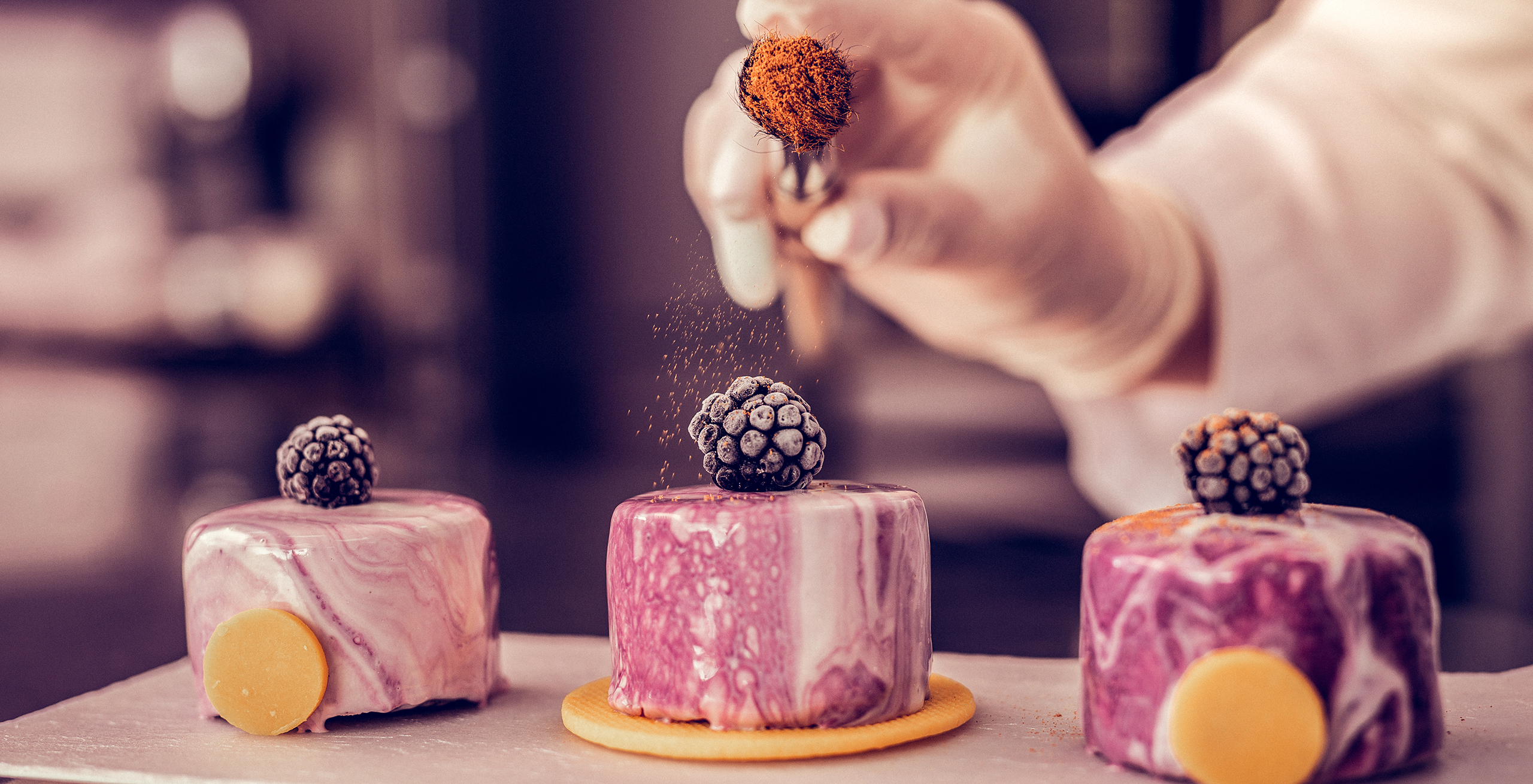 Take a Bite of Paris

The French have long been known for their artistry in pastries, and rightfully so. World-renowned patisseries and bakers have made France a destination well-known to any foodie traveler with a sweet tooth. Understanding the tradition’s history will only give you a greater appreciation for the mouthwatering treats.

French chefs started mastering the craft of pastry making as early as the 17th century. Royal chefs became local celebrities as they designed and baked dessert sculptures that were as much a feast for the eyes as they were for the mouth.

Eventually, French bakers came to master boulangerie and viennoiserie as well, bread baking and Vienna-style pastries, respectively. From the most famous baguettes to the lesser-known pain de campagne, a loaf baked from a mix of flours with a thick crust perfect for pairing with stews and soups, French breads have made a name for themselves around the world.

Patisseries stand out from most other pastries for their extra flaky consistency and generous use of butter. French pastries take a great deal of time to prepare and require attentive dedication, making the final product that much more impressive and delicious. French patisseries are also known for their mousses and meringues, the light and fluffy desserts that make you feel like you’re taking a bite out of a cloud.

Traditionally, patisseries in France have been dominated by male chefs, including contemporaries like Pierre Hermé, known as “The Picasso of Pastry,” for his macarons, and Jean-Paul Hévin, a MeilleurOuvrier de France (the highest honor available in the field of French patisseries). But women like Julie Mathieu, co-founder and owner of Fou de Pâtisserie, are elevating the French tradition into the future, according to Condé Nast Traveler.

Paris has long been associated with the classic baguette, but Alice Quillet and Anna Trattles have taken boulangerie a step further with their Ten Belles Bread. Their combined influences of French and British cultures have led to great success with a coffee shop and arrondissements, selling a delectable array of pies, breads and English-inspired sweets.

Further innovation has taken place at Maison Aleph, a Marais boutique from Myriam Sabet. She puts her own twist on French techniques, incorporating textures and flavors inspired by her Levantine roots – like the use of kadaïf angel hair nests, which are made with clarified butter and filled with flavored creams or candied fruit – to create bursts of flavors previously missing from the French tradition.

You can sample some of these delightful pastries at the best patisseries in Paris. At the Boulangerie Utopie, you can try a roulé sesame, a creamy and savory cake that’s on the lighter side of sweet, but still just as delectable. Stop at the famous Angelina patisserie, still going since 1903, renowned for their hot chocolate. The Mont-Blanc dessert created by the original chefs has remained unchanged and a constant favorite.

Delve into the sweet world of French patisseries on our “9-Night Lisbon to London” and “13-Night Kiel to Porto” luxe-adventure voyages aboard World Navigator.

Cruising to the Future Previous

Sky’s the Limit Next