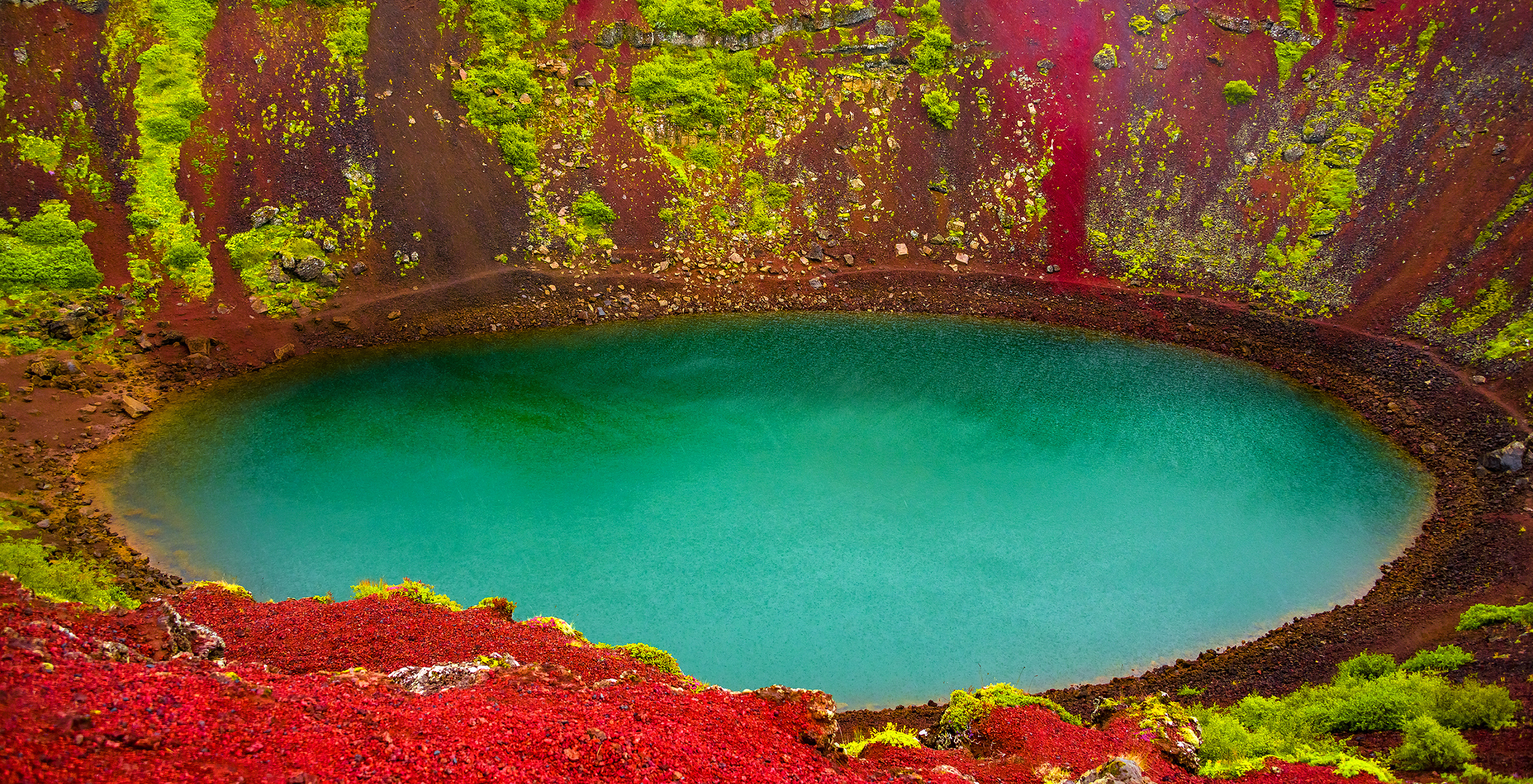 Explosion of Colors That Catch the Eye

About an hour outside of Reykjavík’s city limits you find Kerið (Kerid) Crater Lake, a stunning natural formation many travelers like to visit. But it’s well worth the busy foot traffic, as its mesmerizing blue hue and surrounding red rock create a vivid tapestry that is a feast for the eyes.

This thousands-of-years-old volcanic crater in South Iceland is one of many spectacular stops along the Golden Circle route. Along the way, you can visit the Geysir geothermal region, the jaw-dropping Gullfoss waterfall and Þingvellir (Thingvellir) National Park, an incredible recreation area filled with opportunities to hike, camp and even Scuba dive.

It was once believed that a large volcanic explosion created the crater, as that is how such geological features usually come to be. But with thorough studies, scientists have found evidence to support instead of the theory that the crater is a remnant of a volcanic cone that erupted, and its magma reserves depleted until the cone collapsed.

Sloping down toward the sapphire waters of the lake, the red volcanic rock paths create a colorful contrast that holds your attention. One side, in contrast to it all, contains a green, mossy ground that makes the whole scene pop like a picture on a postcard. Hiking the nearly one-mile trail is a popular pastime for visitors and gives you the chance to take in the beauty of this natural wonder.

The best time to see Kerid Crater Lake is from May to October, as that is Iceland’s summer. The weather during this time allows for the vibrant colors of the landscape to stand out and create a scene that will leave you in awe and inspired to take more time outside in nature.

Discover the majesty of Iceland’s natural features on our “13-Night Longyearbyen to Edinburgh” luxe-adventure journey aboard the brand-new World Navigator.

26 Most Beautiful Places in the Caribbean Previous

Turn the Page to Your Next Journey Next