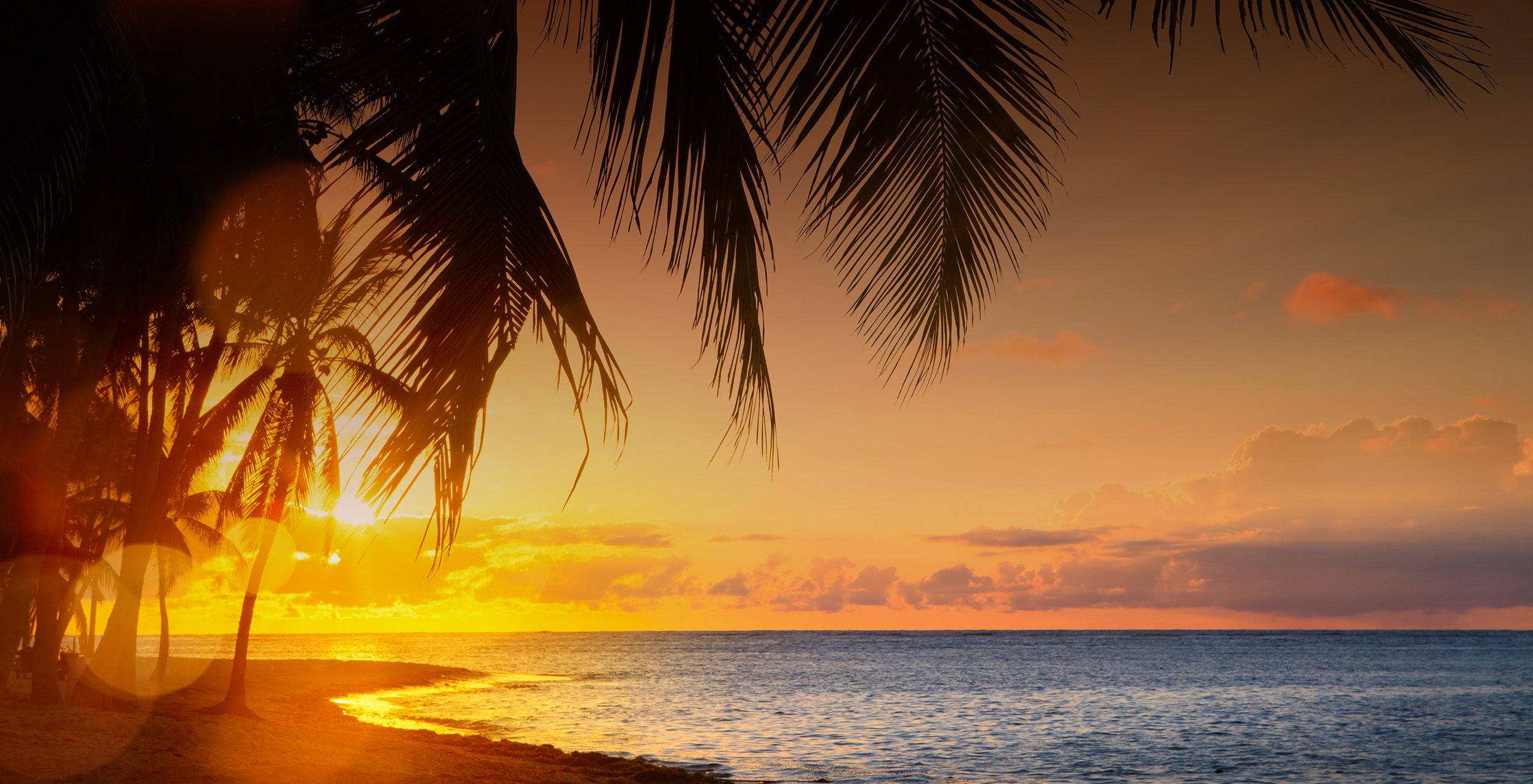 26 Most Beautiful Places in the Caribbean

From The Baths in Virgin Gorda to Dorado Beach in Puerto Rico, here are some of the most beautiful destinations in the Caribbean according to Condé Nast Traveler.

Hidden lagoons, staggering mountains, European-inspired architecture: The Caribbean’s 7,000-plus islands offer so much more than just gorgeous beaches—although it certainly doesn’t suffer in that department. And while many islands were battered by the 2017 hurricanes and travel to other islands (i.e., Cuba) has been muddled by travel bans, the region is still one of our favorite places to visit on the entire planet. Take a tour of the most beautiful places in the Caribbean, including natural wonders, underwater sites, and some of the world’s dreamiest hotels.

This article was originally published in March 2017. It has been updated with new information. 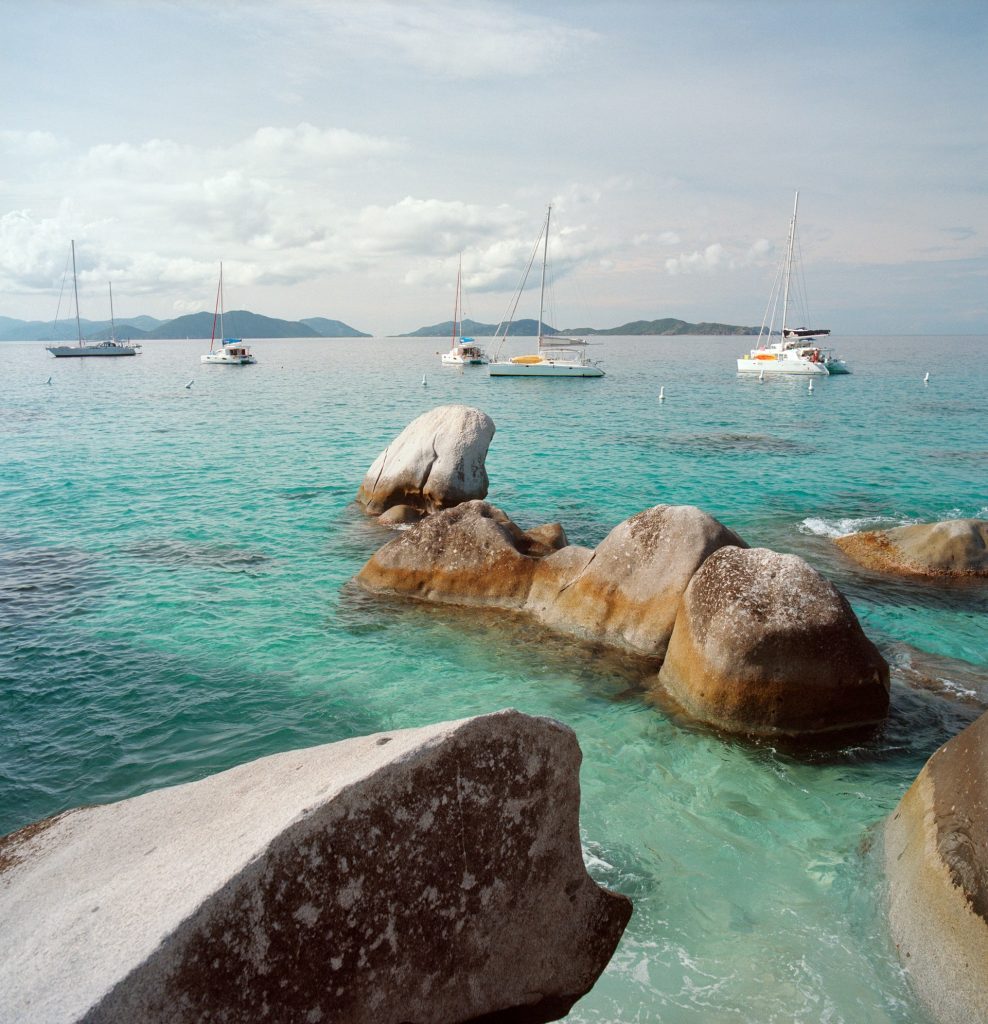 Virgin Gorda is the third largest of the British Virgin Islands, with natural beauty covering virtually all of its 8.5 square miles. The island offers quiet beaches and coves and flora-filled national parks. Perhaps the prettiest (and most popular attraction), though, is the Baths, a seaside area where huge granite boulders form scenic saltwater pools and grottos. 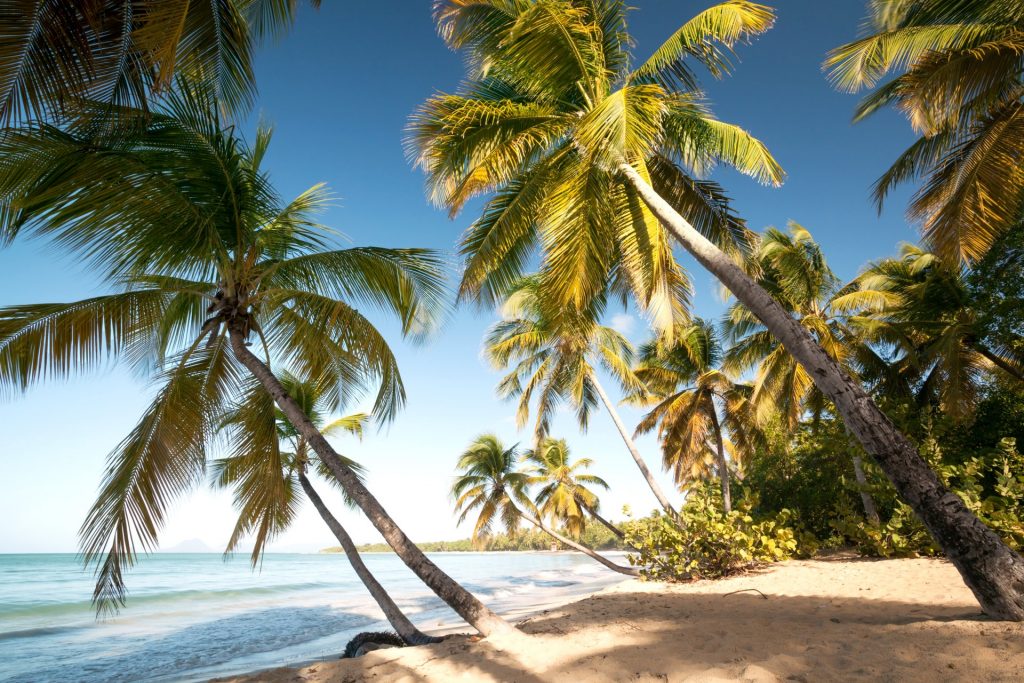 The relatively large island of Martinique belongs to France, making it feel even more faraway and exotic as you put your French skills and euros to good use. And with beaches like Les Salines, located just south of Sainte-Anne, the island also happens to be one of our favorites for sand and surf. The pristine white sand at Les Salines stretches on for miles, while palm trees line the shore and provide plenty of shade for those hoping to stay for the entire day. 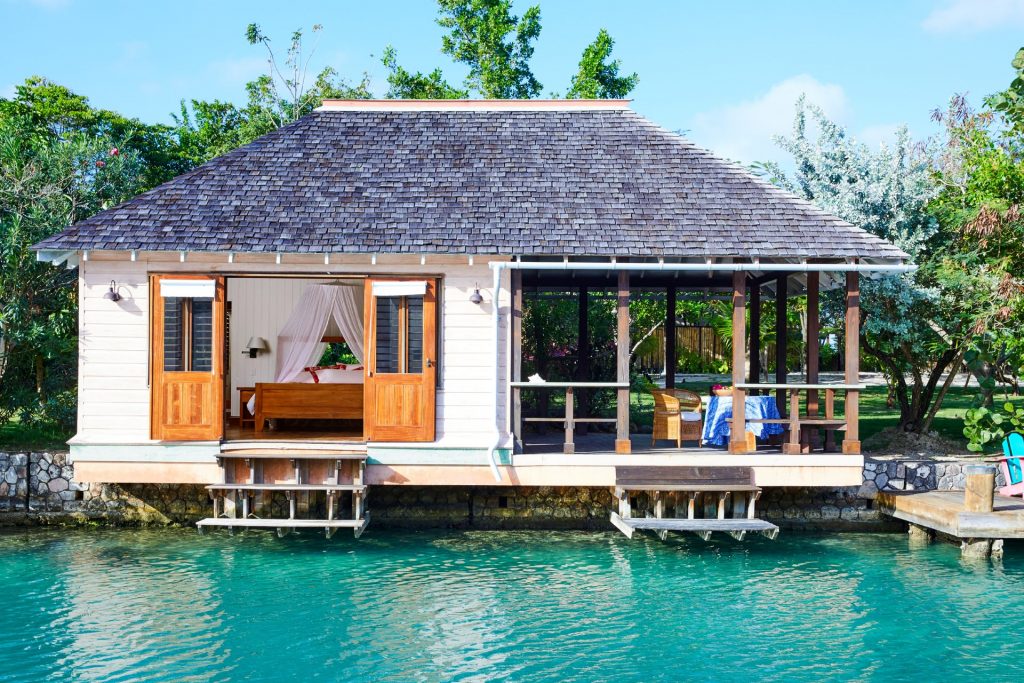 Many people use Jamaica as their entry into the Caribbean, and we have a feeling GoldenEye—one of our favorite small resorts in the world—might have something to do with that. Once home to James Bond creator Ian Fleming, the property now boasts lovely trees, gently sloping sands, and a bewitching turquoise sea for everyone to enjoy. (Pro tip: Those views are best enjoyed with a cup of Blue Mountain coffee on your veranda.) 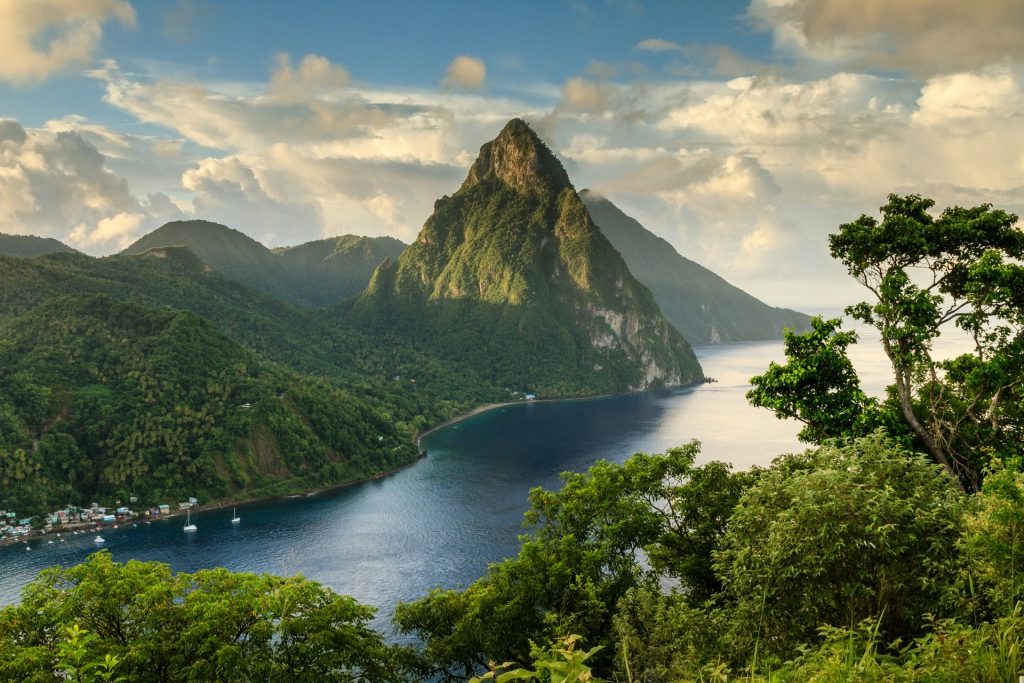 The scenery of St. Lucia can be summed up in one jaw-dropping site: a duo of striking spires known as the Pitons. The two volcanic peaks—Gros Piton and Petit Piton—are the most iconic landmarks on the island, and visitors can enjoy them in a variety of ways. An absolute bucket-list experience has to be actually hiking the mountains, an activity which takes the better part of a day. If you prefer to keep your feet at sea level, plop a towel down at Sugar Beach, set dramatically (and conveniently) between the two Pitons. If it’s pristine beaches you’re after, look no further than the Cayman Islands (Grand Cayman, Cayman Brac, and Little Cayman), which have some of the best stretches of sand in the entire Caribbean. But some of the islands’ best sites are actually found under the water’s surface, just past those white shorelines. Make sure to pay a special visit to Stingray City off of Grand Cayman, to snorkel with the rays in shockingly clear water. 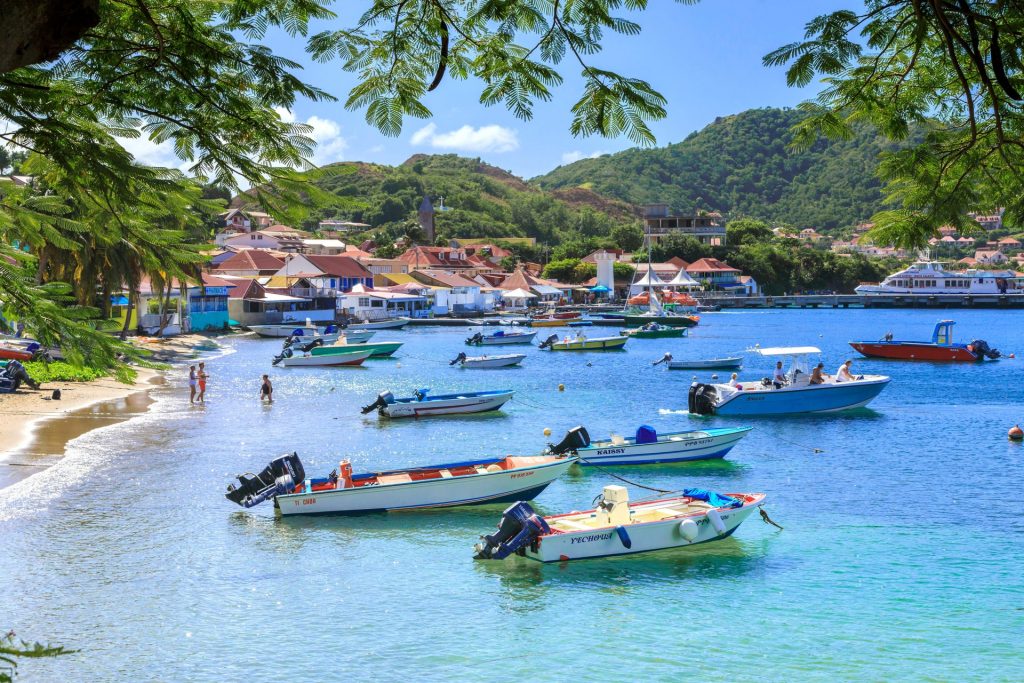 It’s easy to see why Guadeloupe has long been a favorite vacation spot among French tourists—particularly the small cluster of islands known as Îles des Saintes (or Les Saintes). Terre-de-Haut is the largest of the islands, and is almost like a miniature Rio de Janeiro, with incredible beaches and mountains tucked into its two square miles. Make sure to check out the reefs rich with marine life off of Pain de Sucre (“Sugar Loaf” Beach), and climb up the 170-foot Sugar Loaf Hill for a once-in-a-lifetime photograph. 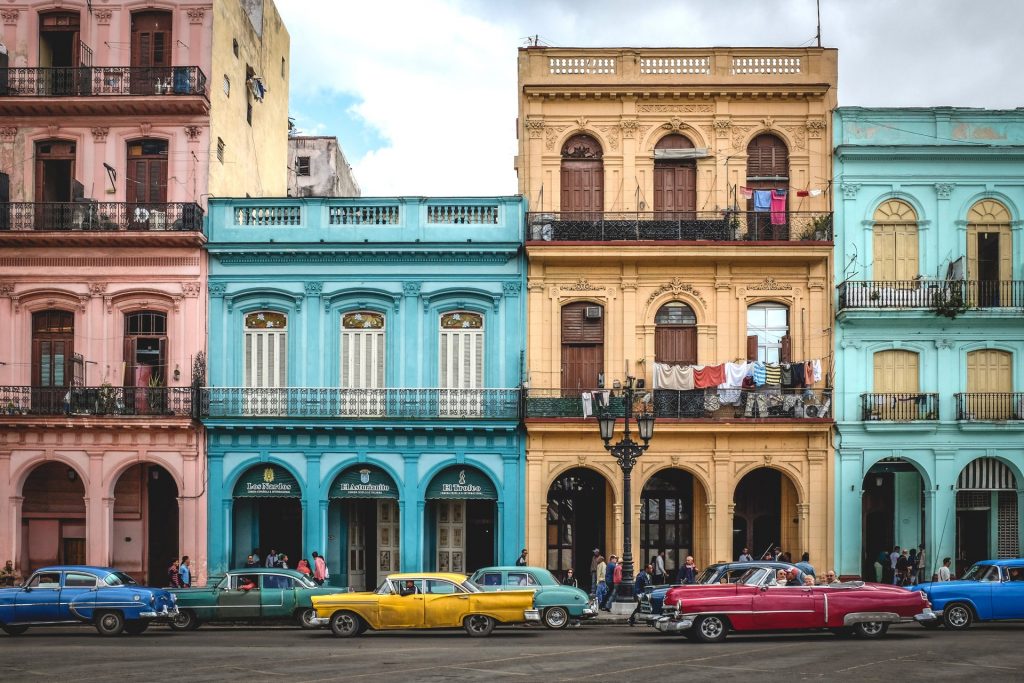 From the pastel buildings of Old Havana to the rich green moss of Metropolitan Park, Havana is as colorful as it is energetic. Most of the city’s architecture appears frozen in the 1950s—and you can lean into that old-school vibe by taking a vintage car tour or sipping a Hemingway Daiquiri in a jazz club. 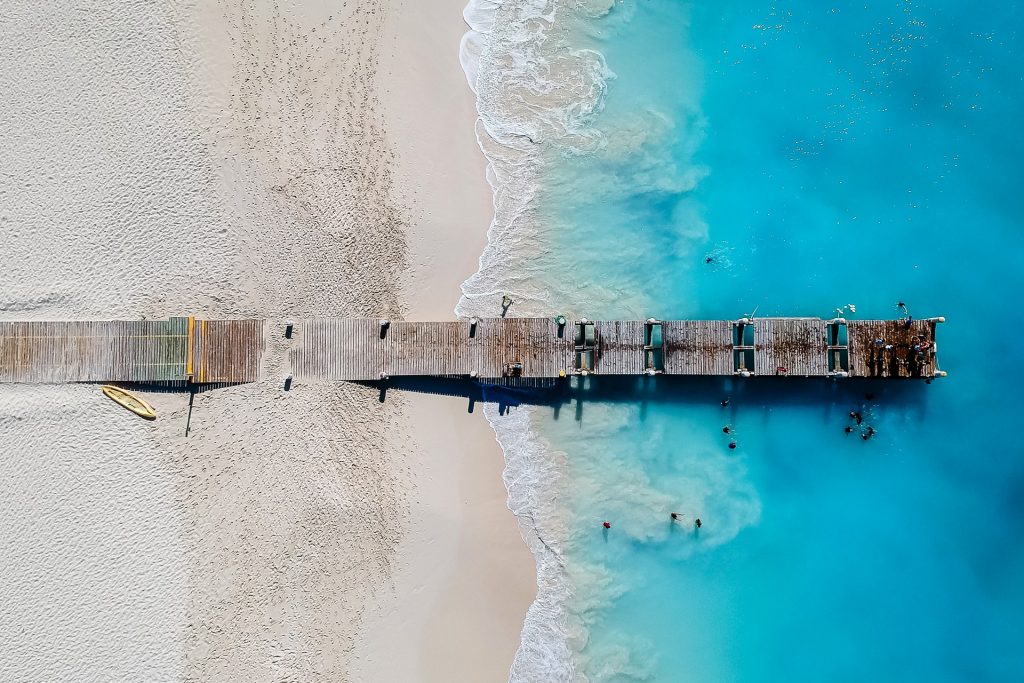 Far and away one of the best places for a quick escape, Turks and Caicos checks almost every box, from private island spa retreats to miles of empty beaches and crystal-clear water. The island of Providenciales in particular has some of the world’s loveliest white sand beaches, namely 12-mile Grace Bay on the north shore. (Be sure to pack sunglasses: When we say white sand, we mean blindingly white sand.) While any mention of St. Barts tends to conjure up images of Rolexes and caviar, the tony territory has enough natural beauty and scenic views to give any 5-star hotel a run for its money. One of the best ways to explore the island is to start your day with a morning walk around the capital, Gustavia, a tidy collection of old, red-roofed buildings clad in volcanic stone. Soak in the views before stopping into one of the town’s great restaurants or fish markets. 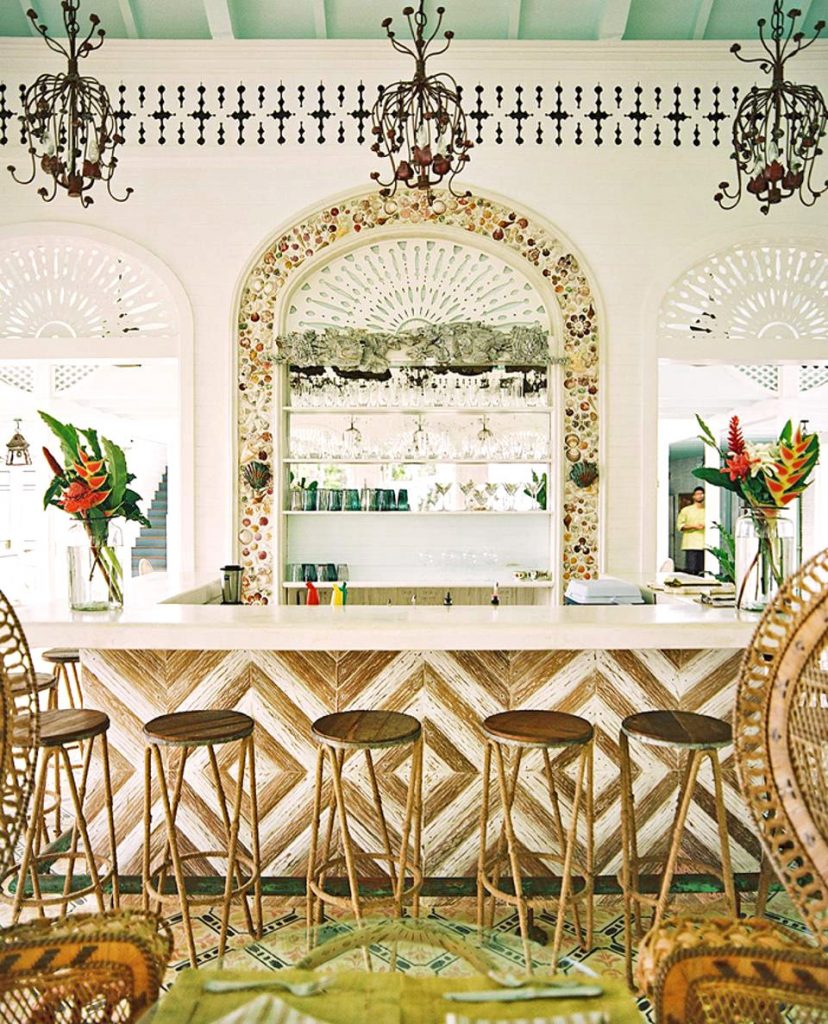 Drop all those notions of tequila shots and spring breakers: Playa Grande Beach Club will make a believer out of even the harshest Dominican Republic critic. The haute boho retreat only has nine bungalows stretched over a 2,000-acre plot of land, with direct access to a wide beach ideal for surfing. And the interiors are nearly as stunning as the surroundings: think lacy Victorian architecture, pink and green tiled floors, and free-standing copper tubs in the bathrooms. 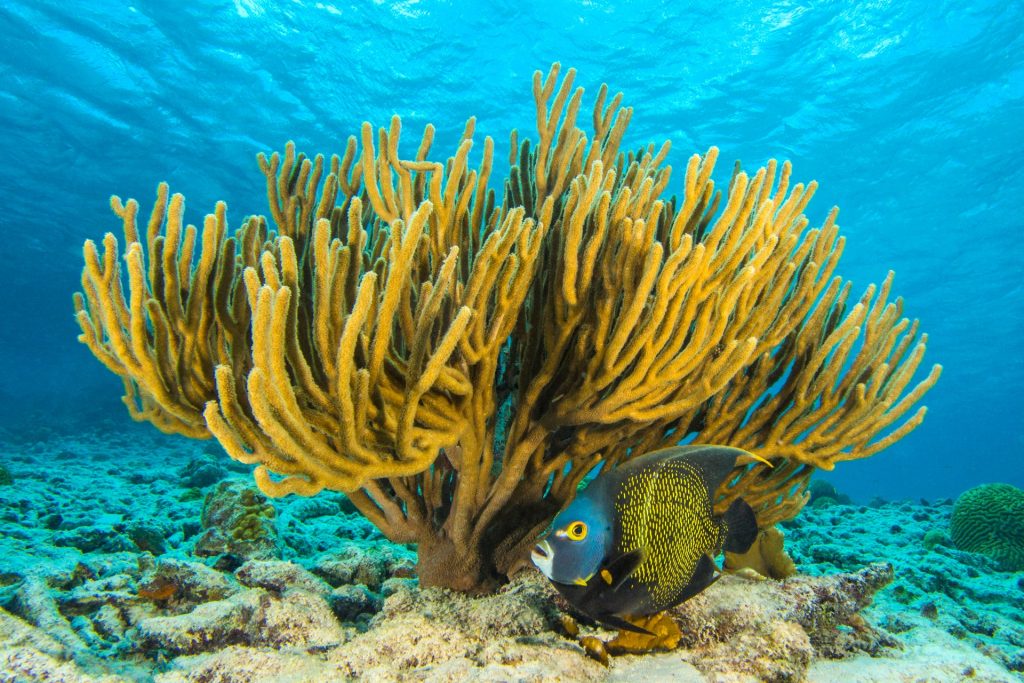 Only 50 miles from South America, Bonaire is the farthest east of the ABC Islands. And while the island has a dry, rather foreboding desert landscape, its true beauty can be found just below the surrounding waters. The entire coral reef around Bonaire is a national park (Bonaire National Marine Park), with brightly colored coral and wildlife ranging from nurse sharks and seahorses to friendly green turtles. St. Kitts is known for its sugarcane fields and well-preserved Brimstone Hill fortresses, but the island also houses some of our favorite luxury hotels. For sophisticated lodgings with a view, book a stay at Belle Mont Farm on Kittitian Hill, a 2015 Hot List winner. Situated on the northwestern slopes of Mount Liamuiga, some of the resort’s biggest draws are the private plunge pools and outdoor clawfoot tubs overlooking the sea. Antigua mixes tropical beauty with British history—just look at the candy-colored colonial buildings and much-touted 365 beaches to chose from. Overlooking the English Harbour (which fills with boats during the island’s annual yacht regatta), Shirley Heights should be on your itinerary: Soaking in the views of that curved coastline is a truly unforgettable experience. 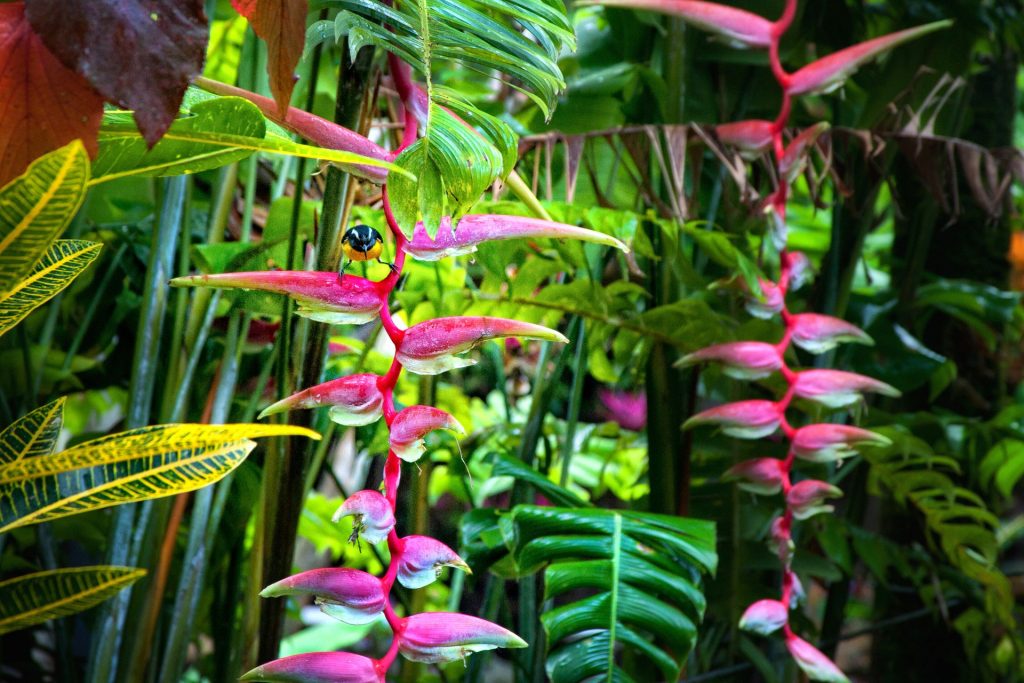 You can find some great beaches on Dominica, sure, but the real appeal of the island lies a bit further inland. We’re talking about the Morne Trois Pitons National Park, a tropical rainforest with some of the best flora and fauna in the entire Caribbean. The park is perhaps best known for its boiling lake and hot springs, but we’d just as happily visit for the giant ferns, colorful flowers, and chance to hike through a cloud forest. The British Overseas Territory of Anguilla (just north of the dual-nation island of Sint Maarten/St. Martin) is the place to get away from it all. And there’s no better place to go off the grid than Altamer Resort, located on the famously gorgeous Shoal Bay West beach. The resort features private villas with sunny bedrooms, curated artwork, and swimming pools right outside the door. Plus, the ultra-modern, Myron Goldfinger-designed buildings are unlike anything you’ll see anywhere else in the Caribbean. 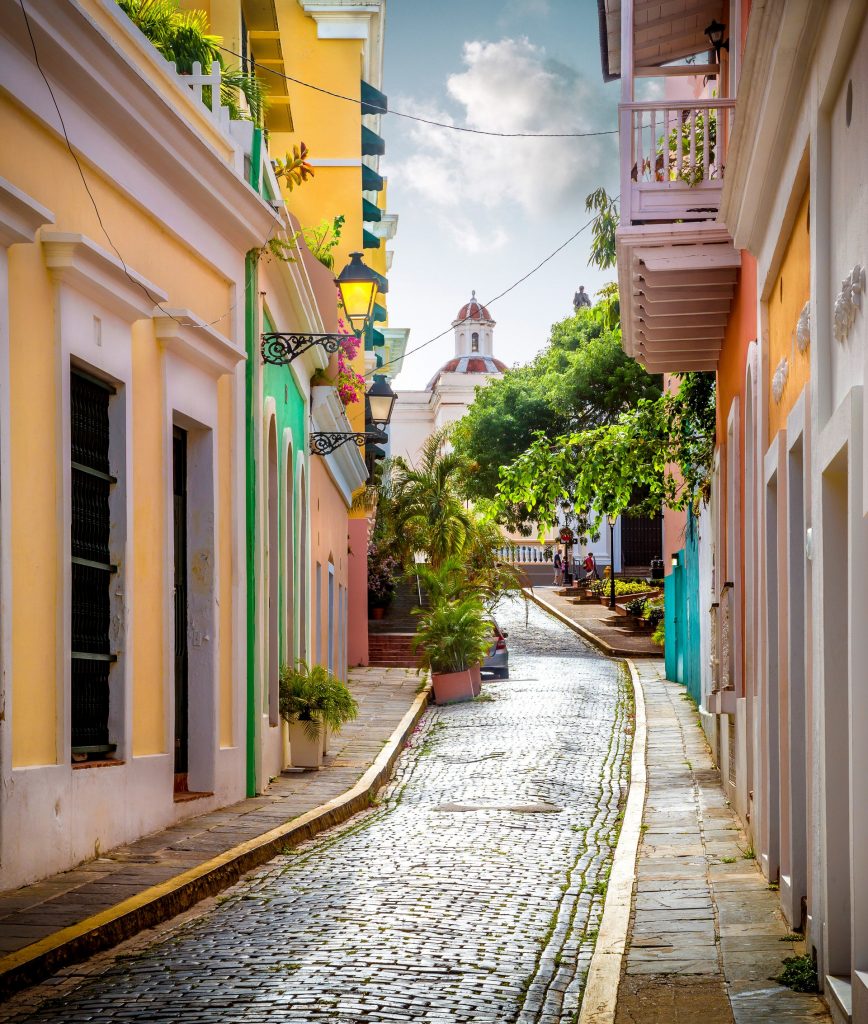 More than a year after Hurricane Maria made landfall, Puerto Rico has not only recovered, it’s been reborn. You can find world-class beaches all over the island, but PR is perfect for architecture lovers as well: Old San Juan remains one of the best-preserved examples of Spanish Colonial architecture in the Caribbean, with brightly painted buildings and cobblestone streets that could launch a thousand Instagram shots. 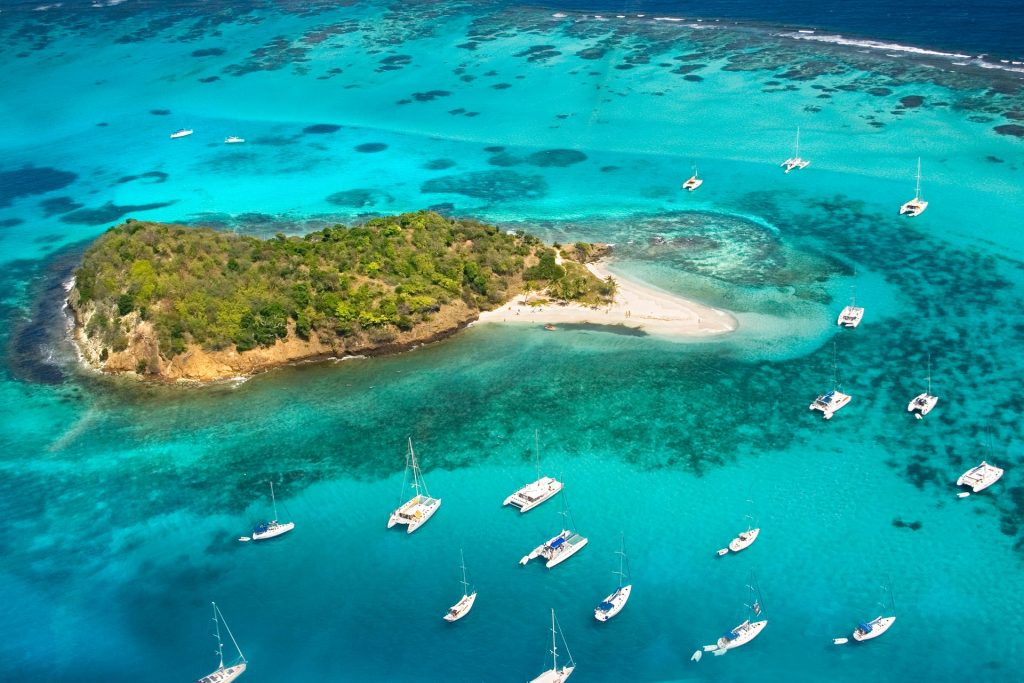 Of course, no visit to St. Vincent and the Grenadines would be complete without a day (or 10) devoted to sailing. You’ll never be far from land here, but most excursion boats anchor at Tobago Cays—and for good reason. The marine reserve comprises five uninhabited islands that are exceptional, even by Caribbean standards. 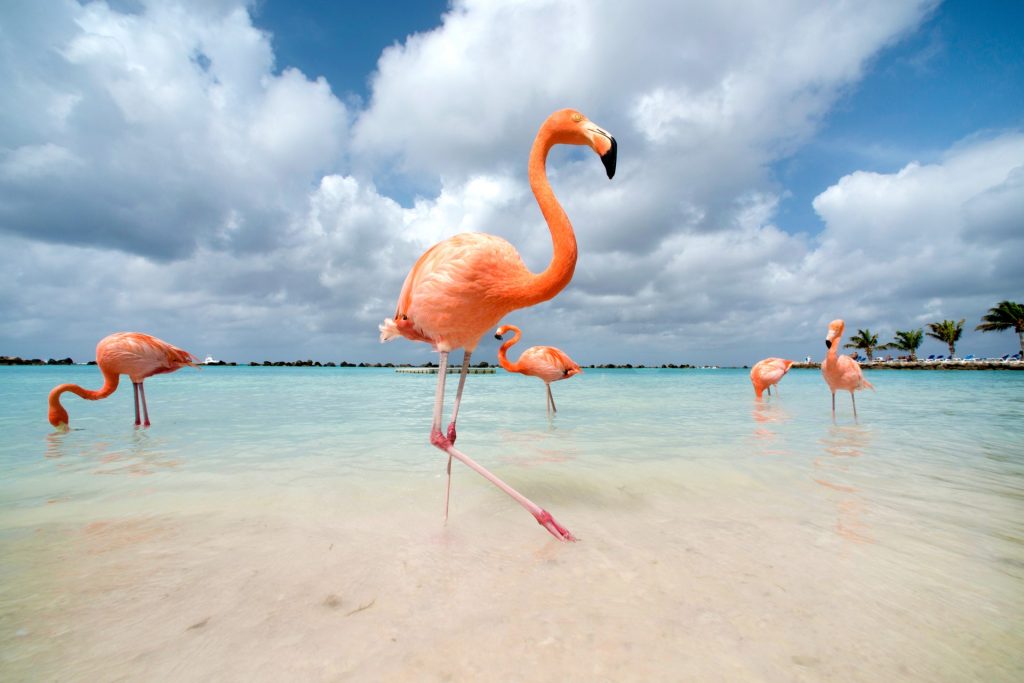 The second largest of the Dutch ABC islands, Aruba is one of the Caribbean’s best islands for beaches—and you’re guaranteed to find a great hotel on nearly every stretch of sand. For a more intimate beach experience, head to the privately-owned Renaissance Island, complete with shallow coves, overwater bungalows, and—best of all—a population of bright pink flamingos. 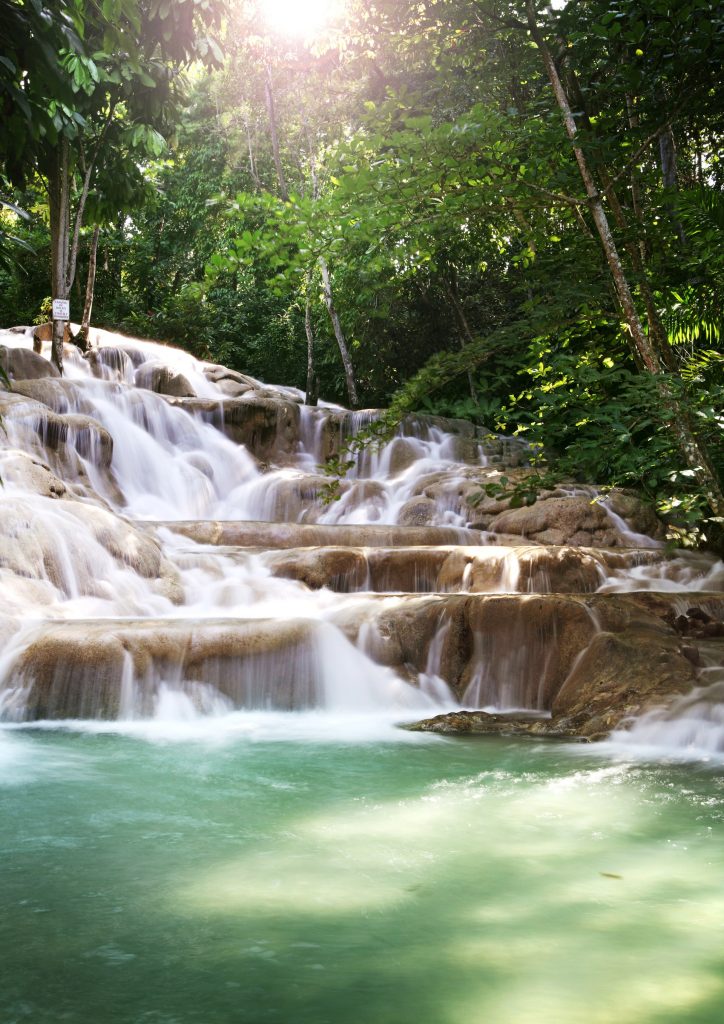 If Jamaica’s Dunn’s River Falls look familiar, you may have spotted them on the big screen: The falls appeared in the very first James Bond film from 1962, Dr. No, when Ursula Andress seductively emerges from the water. Hollywood fame aside, the watery attraction is a must-visit for any Jamaican itinerary. The small pools that collect in the tiers of travertine rock have become a popular place to take a soak, while the bigger rocks surrounding the falls attract lines of people wanting to jump into the water. 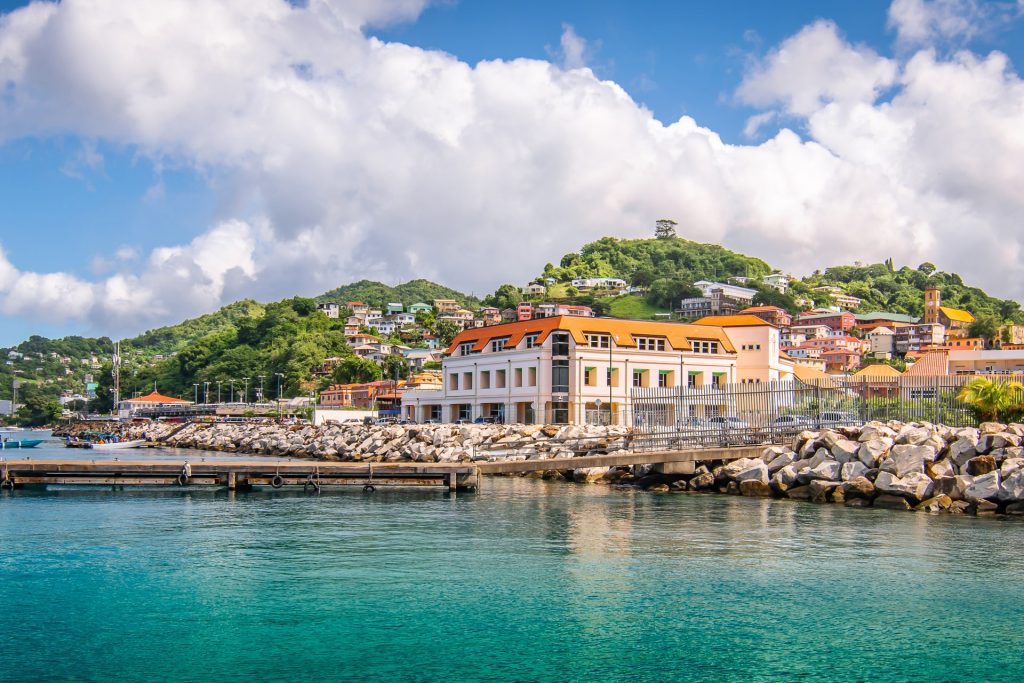 St. George’s could easily be mistaken for an Italian coastal town, with brightly colored houses and churches lined up along the turquoise water. But unlike Italy, travelers can get to Grenada’s capital city from New York in under five hours, leaving more time to enjoy the island’s coral reefs, buzzing food markets, and vendors selling local nutmeg and cinnamon. Although Curaçao has often been dwarfed by its sister island, Aruba, there are plenty of reasons to visit the the “middle child” of the Dutch ABC Islands. For starters, the 17th-century, UNESCO-protected capital city of Willemstad is as pretty as it is historic. With its pastel-colored Dutch and Portuguese-inspired buildings, the architecture here will impress you from every angle. 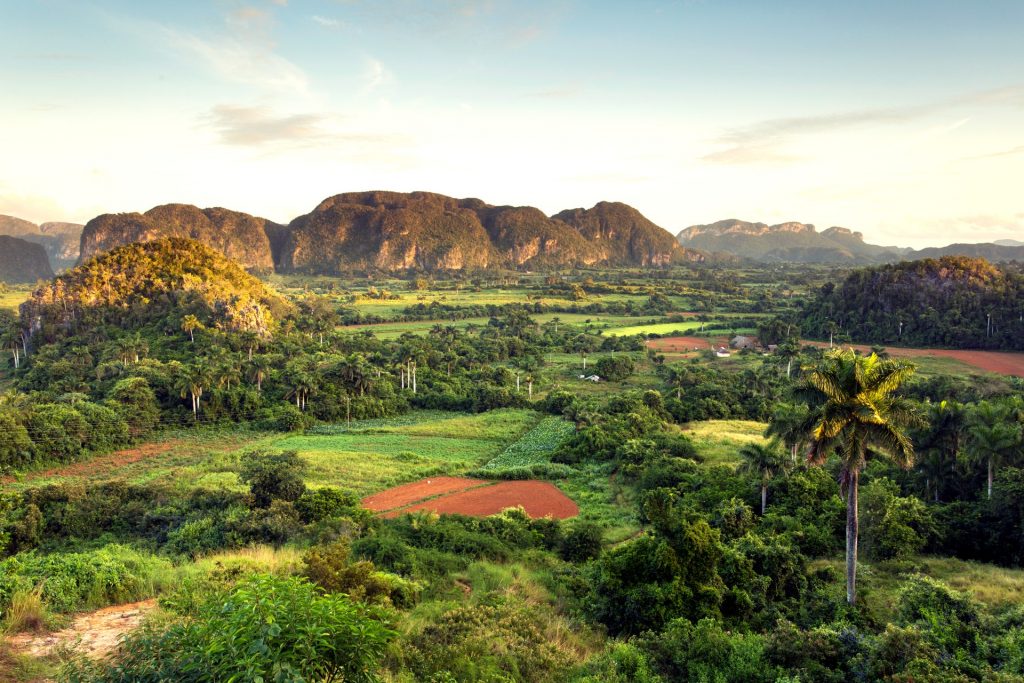 Cuba is a treasure trove of natural beauty, with miles of mountain ranges and tobacco fields, plus some awesome beaches. The region also happens to encompass Viñales Valley, arguably one of the most beautiful spots in the entire country. With its dome-like limestone formations and lush landscapes, the UNESCO World Heritage Site is the perfect place to watch the sun set. 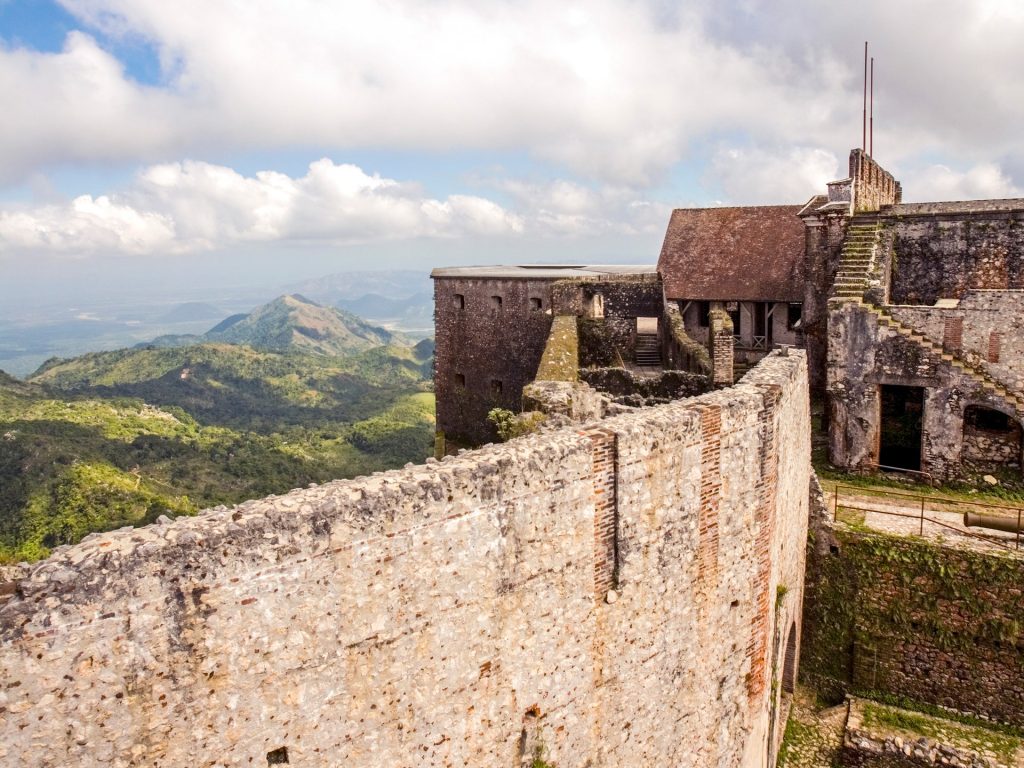 Often overlooked, Haiti continues to amaze with its fantastic hiking and dozens of near-empty beaches—not to mention its vibrant modern art scene and cultural events. Set aside a day to trek up to Citadelle Laferrière (usually referred to as simply “the Citadelle”), an abandoned French fortress near the northern village of Milot. Upon reaching the castle, travelers are rewarded with stunning views of the Atlantic Ocean—on clear days, you can even spot Cuba in the distance. 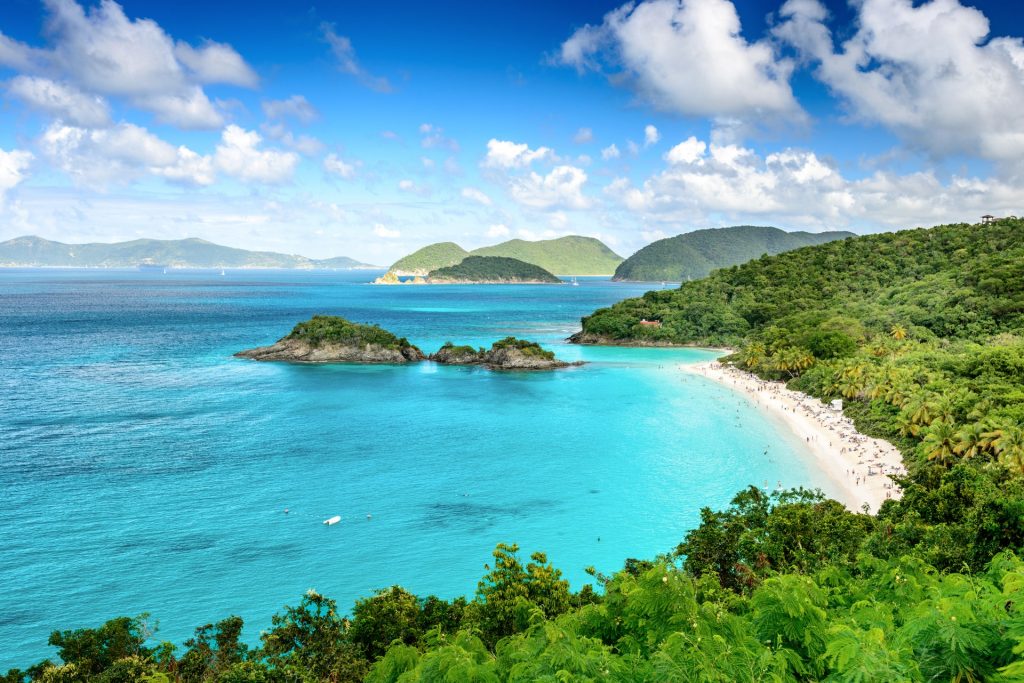 Sitting in the northwestern corner of the Virgin Islands National Park, Trunk Bay is undeniably one of the most beautiful places in the Caribbean—if not the world. Calm, clear water and a 225-yard-long underwater trail for snorkeling are big draws, as are hiking trails up and into the surrounding greenery, filled with the ruins of historic sugar cane plantations. Rugged, wild, and untouched, Bathsheba Beach may be the star attraction of Barbados—and unlike many of the island’s pool clubs, this stretch of sand doesn’t require a membership fee. Photographers and surfers flock here to catch the best waves and snap some shots of the beach’s huge boulders. It’s not an ideal place for swimming, but that shouldn’t stop you from lounging on the shoreline for a few hours. 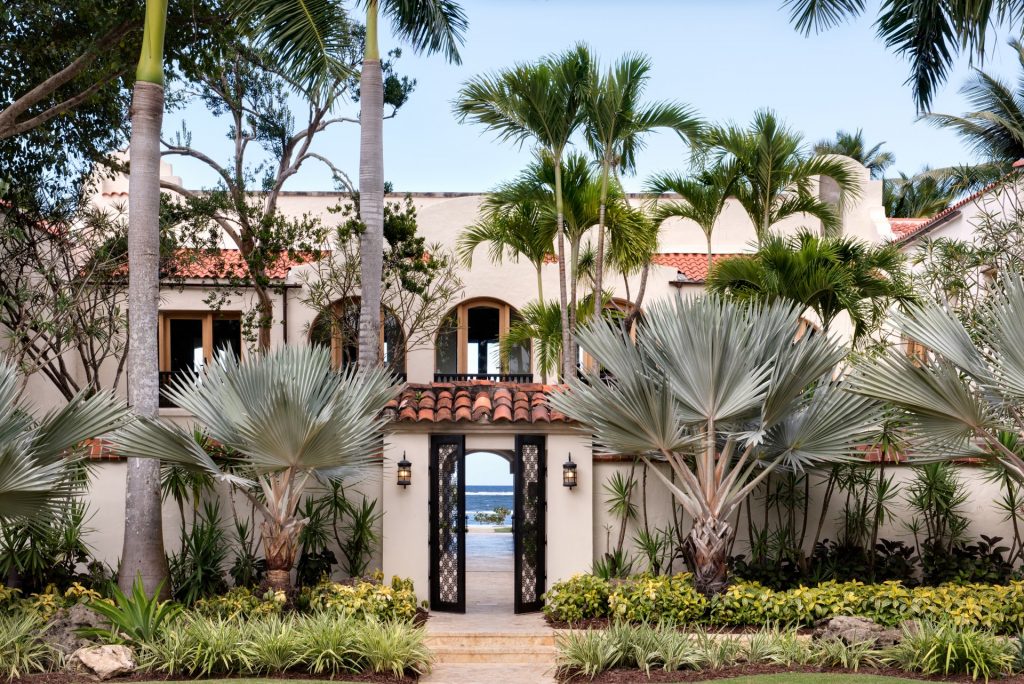 When it comes to superlative Caribbean hotels, this Ritz-Carlton Reserve takes the cake: Not only was it included in our 2020 Gold List, but it was voted the number one best resort in the Caribbean in our latest Readers’ Choice Awards. The hotel has undergone many transformations, including after Hurricane Maria in 2017, but Dorado Beach is still all about sea, sand, and lush greenery. Other lovely touches here include beach-facing terraces, outdoor rainforest showers, and a lily pond flanked by wooden walkways.

Discover the wonder of many of these locales on our luxe-adventure voyages to the Caribbean. 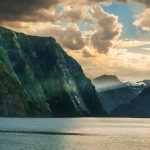 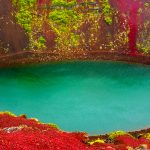 Explosion of Colors That Catch the Eye Next