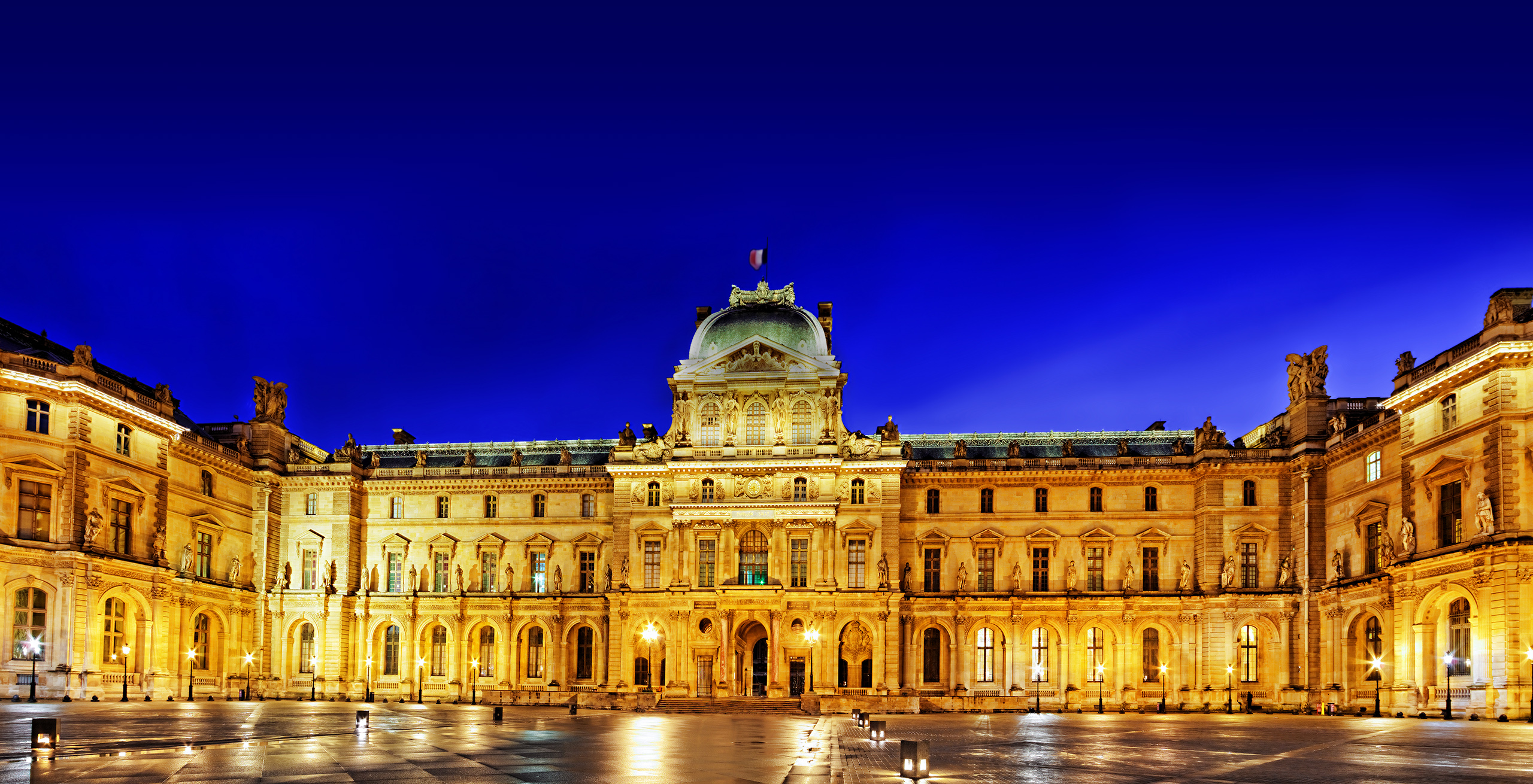 13 Things You Didn’t Know About the Louvre

While the Louvre stands as one of the most renowned museums worldwide, there are still a few things you may not know about it. Check out the original post on Condé Nast Traveler here.

The largest museum in the world is full of secrets—and stolen art.

Paris’s Musée du Louvre is one of the most famous museums in the world, and has rightly earned its shining reputation. From the expertly chiseled Venus de Milo and Winged Victory at Samothrace sculptures to exquisite paintings by masters like Vermeer and Caravaggio, the Louvre houses some of the most important works in all of art history. But there’s plenty that you probably don’t know about this institution—and we’re not just talking about those anecdotes you picked up in the Da Vinci Code. (And, no: I.M. Pei’s glass pyramid does not have 666 glass panels; it has 673.)

We tapped a few trusted local guides, including Marcel Widjaja, a tour guide with GetYourGuide Originals, and Daisy de Plume, founder of THATMuse, a museum tour operator, to clue us in to the museum’s many secrets, from the history of the building itself, to the artworks that hang within it. Here are 13 things you didn’t know about the Louvre.

The site wasn’t always home to a museum

The magnificent structures that make up the Musée du Louvre have as storied a history as its artwork. Originally commissioned as a fortress by King Philip II in 1190 to protect the city of Paris, the Louvre became a royal residence in the 14th century, during the rule of Charles V. Then, in the 16th century, the original Medieval structure was razed and replaced with an even grander Renaissance one by King Francis I, which was continually added onto by successive French monarchs. It wasn’t until 1793, during the French Revolution, that the building officially opened its doors as the Louvre Museum.

It did, however, once house France’s Ministry of the Economy and Finance

Talk about a cushy set-up: Until 1989, “you would send your tax declaration to the Louvre,” where the ministry occupied the building’s Richelieu wing, says Widjaja. But in the late 1980s, then-president François Mitterrand decided to dedicate the entire space to the arts, booting the ministry out of its palatial headquarters and into a massive bunker of a building in Bercy, in the far eastern reaches of Paris.

It’s still home to one other institution: a school

That’s right—you can get your degree in art history right from the source itself. Set in the Aile de Flore (the river-facing wing of the museum) is the École du Louvre, an institution of higher education dedicated to the study of archaeology, anthropology, art history, and epigraphy. Founded in 1882, the school is principally a training ground for future curators and excavators (and even some Louvre tour guides themselves, like Widjaja).

It’s also not the only Louvre in the world

When the Louvre Abu Dhabi opened in November 2017, it made a big splash; but even that’s not the only other Louvre around. In the former coal mining town of Lens, up in northern France, you’ll find the striking, SANAA-designed Louvre-Lens, a satellite of the Louvre proper. Opened in 2012, the space shows just a small fraction of works from the Louvre’s massive art collection. And though its location far outside the metropolitan center of the country might seem odd, it’s completely intentional. “It’s a project which brings the culture to the people, especially in a region where a lot of people have working class backgrounds,” says Widjaja. “They don’t necessarily come to Paris, so the museum comes to them.”

If you’ve ever seen a painter in action at the Louvre, you’ve probably been curious about them—least of all, how they cleared security. But the artists are actually part of a tradition that harks all the way back to 1608, when Henri IV first invited artists to the Louvre Palace to copy artwork from the royal collections. “An artist’s education wasn’t going to art school, but copying the old masters,” says Widjaja. “The artists could then live in the Louvre, and copy the artworks.” The program continues today, albeit with a slightly more rigorous application process (and no offer of living space), selecting just 150 to 200 experienced artists to spend three months painting in the museum. If you manage to get off the two-year waitlist, it’s an unbeatable opportunity to try your hand at replicating some of the world’s most prized artworks.

Crowds in front of the Mona Lisa, Source: Getty

At one point, the Louvre was completely abandoned

Among Louis XIV’s best-known accomplishments is the Palace of Versailles—and rightly so. The magnificent complex, with its Hall of Mirrors and meticulous, André le Nôtre-designed gardens, is an incredible feat of design; but its construction, and the French royal court’s subsequent move there from the Louvre in 1682, meant that the Louvre Palace sat unoccupied, falling increasingly into disrepair. “People, especially artists, squatted there in the ruins,” says Widjaja. “You couldn’t even imagine it.” It wasn’t until more than 100 years later, before the French Revolution took hold in the late 1700s, that the grand complex was once again attended to by the country’s monarchs.

Painter Pablo Picasso was once accused of stealing the Mona Lisa

Picasso, who permanently settled in Paris in 1904, had already had contact with stolen art by the time the Mona Lisa was lifted from the Louvre in 1911. He’d acquired a set of Iberian sculptures from the secretary of his friend, the poet and playwright Guillaume Apollinaire, that turned out to also have been stolen from the museum in the early 1900s.

As for the Mona Lisa, Piccaso was still living in Paris when the painting went missing, and was initially deemed a suspect—but the real thief was an Italian immigrant named Vincenzo Perugia, who believed that Napoleon had stripped Italy of its masterpieces during his occupation of the country. In fact, the Mona Lisa, or La Jaconde, had actually been gifted to Francis I by Da Vinci himself back in the 16th century. The king had “poached Leonardo in 1517 from the Milanese Sforza family, housing the artist at an Amboise chateau,” which is why the Louvre houses five of the less than two-dozen paintings attributed to the artist, says de Plume. Even so, Perugia was fêted by some in Italy as a national hero.

But Picasso does have another major claim to fame at the museum.

Until 1971, no living artist’s work had been shown in the Louvre—that honor was reserved for the dearly departed—but that changed that October, when a selection of Picasso’s pieces went on display in the museum’s Grande Galerie to celebrate the artist’s 90th birthday. Talk about living history.

The work in question, Veronese’s Wedding Feast at Cana, is the biggest painting in the entire museum, at more than 700 square feet, a fact that made its entry in the museum quite a chore. When Napoleon conquered Italy in 1797, he raided the country’s monasteries and churches for artwork to bring back to France, one being Veronese’s masterpiece, from the refectory of Venice’s San Giorgio Maggiore. In order to transport the massive painting home, he had it sliced in half. Today, you can still see the line where the painting was cut and put back together. The maimed original still hangs in the Louvre, while a copy now hangs in the pillaged Venetian monastery’s refectory. But it’s not the only time that artwork has been hustled in or out of the museum.

During World War II, the Louvre was evacuated

In 1939, at the outset of Germany’s invasions, then-director of the Musées Nationaux, Jacques Jaujard, had a hunch that France would be occupied. His premonition would prove correct in 1940, when France fell under German occupation. To avoid the inevitable pillaging of the museum by the Nazis, he arranged for around 4,000 of its most significant artworks, including the Mona Lisa, to be moved to the Château de Chambord in the Loire Valley, a two-hour drive southwest of Paris. The last piece to move, the Winged Victory at Samothrace sculpture, officially left the building on September 3, 1939, the same day the French ultimatum to Germany expired. The pieces were then clandestinely moved throughout the war, to evade theft.

The Apollon Gallery at the Louvre museum in Paris after 10 months of renovations, Source: Getty

Everyone knows that the Louvre is home to a ton of art—but you’d be surprised at just how much. It would take you around 200 days to see each of the 35,000 works of art on display at the museum if you took 30 seconds to see each and every piece, according to Widjaja. Considering the museum owns roughly 550,000 works, most of which it keeps locked up in storage, that’s literally not even half of it. And talk about taking up space: “If you took the many levels of the Louvre and stretched them out, room after room, the museum would measure eight miles, or the length of the Seine,” says de Plume.

You may not be able to live as the royals did—but at the Louvre, you can see how they did

Steal away from the more well-known (and well-trafficked) masterpieces to check out the still-intact, uber-lavish personal apartments of Napoleon III, who served as both president and emperor of France in the mid-19th century. The rooms, which are on display on the first floor in the Richelieu wing, and include a formal state dining room and a gilded drawing room, are prime examples of the elaborate, 18th-century rococo aesthetic.

No, the artwork isn’t alive—but it does move

There’s a certain comfort in revisiting your favorite pieces of art at a museum. You walk through the doors, and know exactly where to find it. But the Louvre doesn’t offer that same reassurance, since artworks change place all the time. “It’s quite interesting because you can go to the Louvre several times and always find different artworks in the galleries,” says Widjaja. “As a guide, it’s sometimes a little bit embarrassing, because of course, nobody tells us that the art is moving. I might announce a painting in the beginning of the tour because I think it’s still in its spot, but it’s been taken away for restoration, or to be lent to another museum.”

Join our “9-Night Lisbon to London” or “13-Night Kiel to Porto” luxe-adventure voyages aboard World Navigator to make your way to the Louvre in Paris.

You Can Count on Your Travel Advisor Previous

Resurrecting the Spirits Next