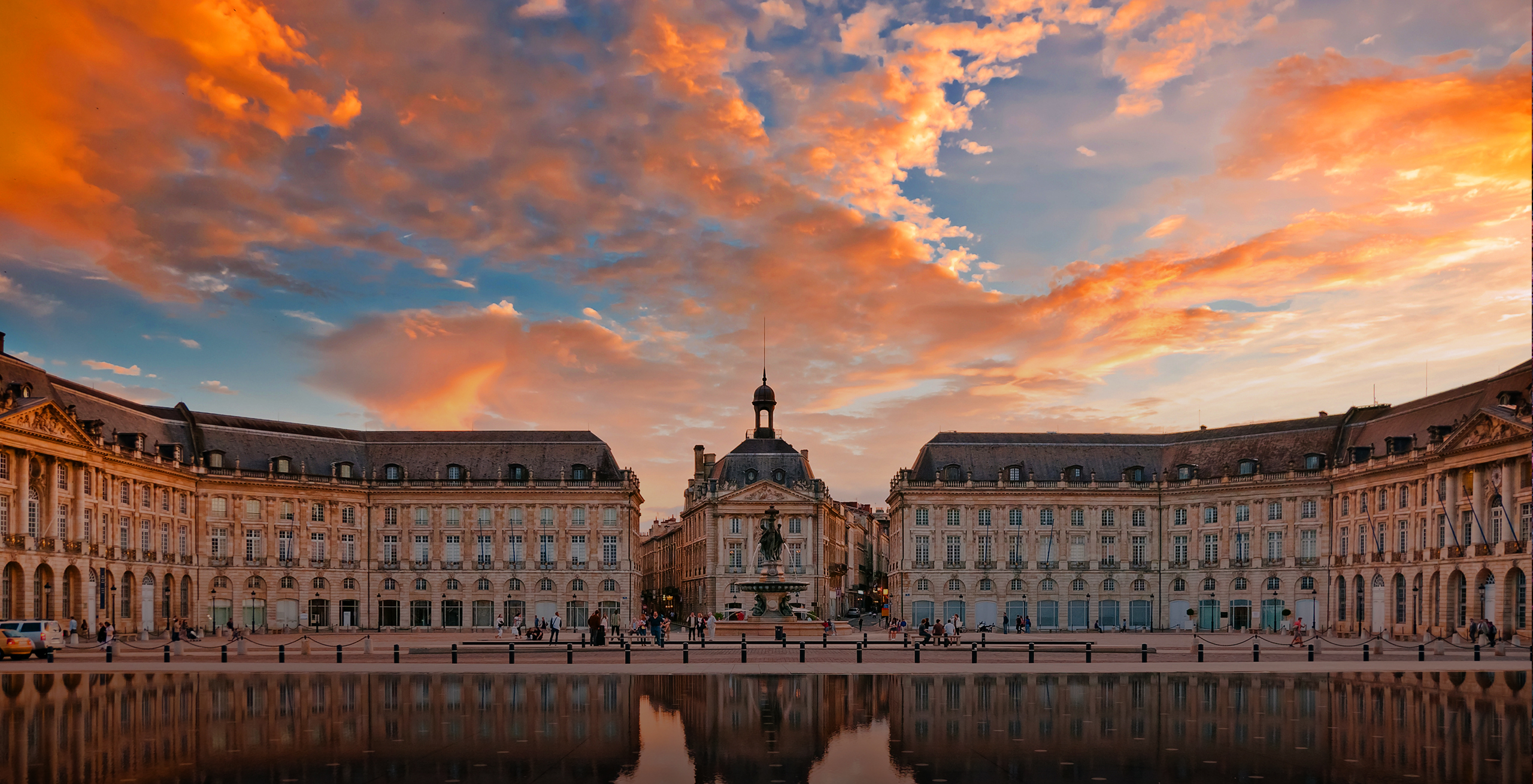 When you think of Bordeaux, elevated images of vineyard explorations and sipping on wine in the French countryside come to mind. But like all great destinations, there’s more to this iconic French city than meets the eye. As the world’s largest UNESCO urban World Heritage Site, the enchanting city of Bordeaux holds a significant history that remains timeless.

Place de la Bourse
Strolling through this 18th-century square, you find a vision of the past that stimulates your curiosity and excites your inner history buff. The Place de la Bourse has symbolized the city of Bordeaux for centuries and played a key role in its development, reputation and trading culture. You may also hear it referred to as Place de la Liberté, Place Royale or Place Impériale, as it has gone through several names throughout its existence. Grand architecture like that of Hôtel des Fermes and Hôtel de la Bourse display the plaza’s royal roots and make it a magnificent promenade to walk through as you marvel at the ornate buildings.

The Water Mirror
Across from the Place de la Bourse is a newer attraction known as the Miroir d’Eau, or the Water Mirror. It’s simply a walking path where water periodically sprays out and covers the surface, creating a reflection of the grand buildings that surround it. It’s particularly dazzling at night when the constructs within reach of its reflection come alive with their lights.

Bordeaux Cathedral
Also known as Cathédrale Saint-André, Bordeaux Cathedral is a breathtaking treasure. Take a walk toward Town Hall and you come across this charming construct, with its freestanding belltower as its crowing jewel alongside its renowned gargoyles. Built between the 12th and 14th centuries, it served as the cathedral of the Archbishops of Bordeaux. But it was ransacked during the revolution and emptied of its many treasures, in particular its gold and silver. Modern conservation efforts though have restored much of its old glory, making it an exceptional landmark to visit when in the city.

Place de Quinconces
Standing at approximately 30 acres as the largest square in France, the Place de Quinconces is the site of many concerts, festivals and markets throughout the year, as well as countless monuments erected in honor of famous writers. Verdant shrubbery and trees give way to scenic views of the Garonne River as the plaza stretches across the center of Bordeaux. Near the river you’ll find monuments dedicated to famous Bordelais writers Montesquieu and Montaigne. The Place de Quinconces is one of the most photographed sites in the city as it holds a special place in history with its ties to the French Revolution, which you can learn more about at the monuments for the Girondins.

Bay of Arcachon Oysters
In a city known for its fine wine and cuisine, you would be remiss to visit Bordeaux without sampling their famous Bay of Arcachon oysters. This signature fare, most often consumed with a squeeze of lemon and a glass of white wine and buttered rye bread on the side, encompasses the high-end experience and feel of Bordeaux. Wander a little out of the city’s bounds to Gujan-Mestres, the Oyster Capital of Arcachon Bay, to try this local favorite.

Discover the many facets of Bordeaux on our “9-Night Lisbon to London” or “13-Night Kiel to Porto” luxe-adventure journeys.