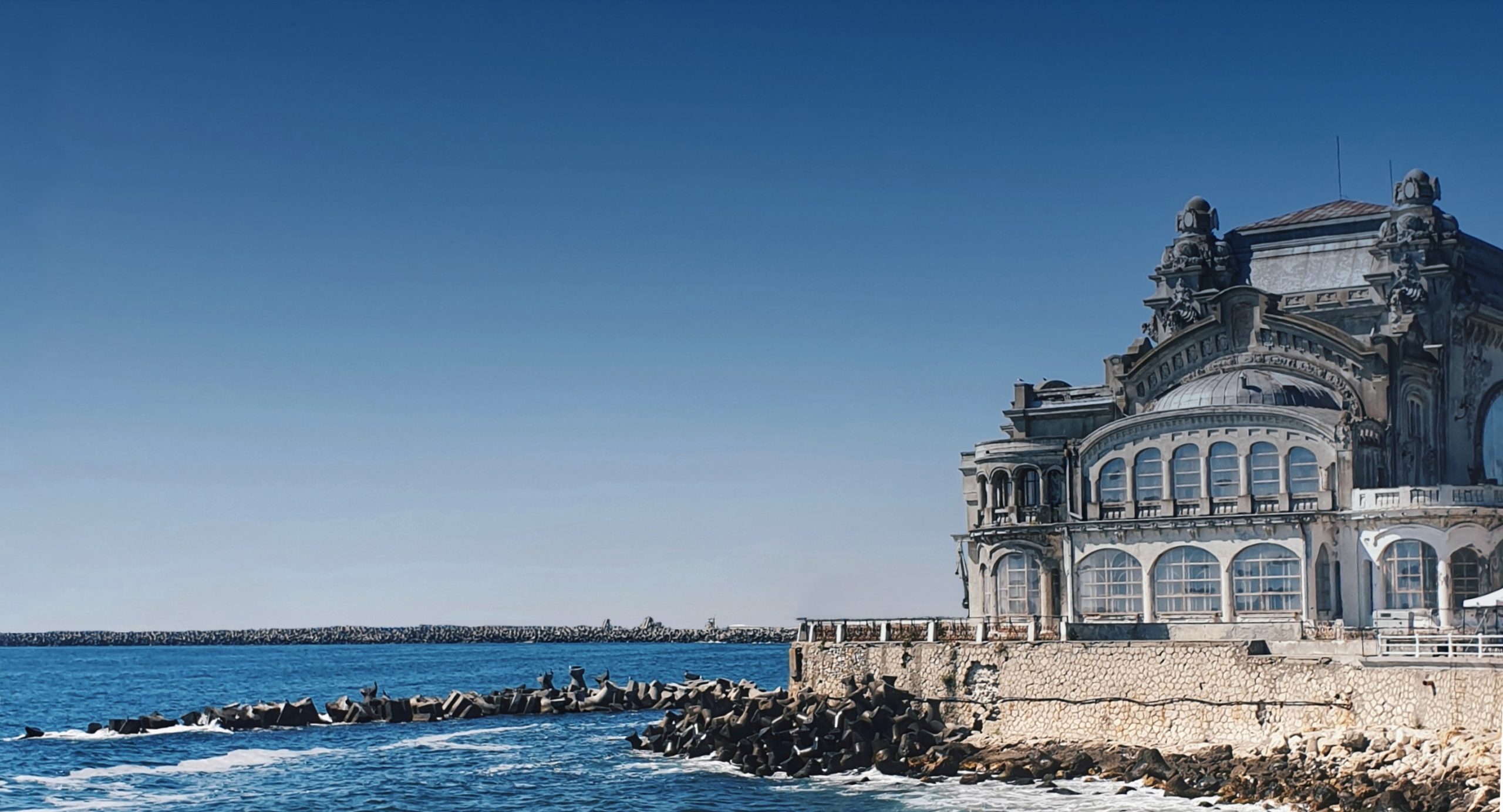 The Paris of the East

Along the western coast of The Black Sea lies Constanta, Romania’s largest seaport and oldest continuously inhabited city. The grand and intricate architecture of an abandoned casino set against the seaside backdrop along the boardwalk creates an oddly beautiful juxtaposition of classical design with contemporary elements.

With over 2,000 years of history, the city center is filled with relics of the 19th century, Roman mosaics, and the Great Mahmudiye Mosque, its iconic minaret towering along the horizon. Various cultural influences, from Greek to Turkish, permeate the city’s constructs, visible through the diverse construction and wares seen throughout the streets and shops.

Venturing further inland you come to the Romanian capital, Bucharest. Prior to World War II, the city came to be known as “the Paris of the East.” Rich with outstanding museums, art galleries, and historic sites, Bucharest holds a great deal of wonder to keep you in awe. But the green pockets between buildings remind you that the city lies within the Danube Delta.

It also contains the bustling energy of a lively metropolitan region, filled with trendy cafes and bars. Throughout the centuries, Bucharest became a center of trade and where travelers mingled. The past and present create a perfect marriage that makes the city come alive. From legends of vampires to the survival of a troubled past, the capital of Romania awaits to tell you its story.

Sailing Through the Seasons Previous

An Artist’s Perspective Next