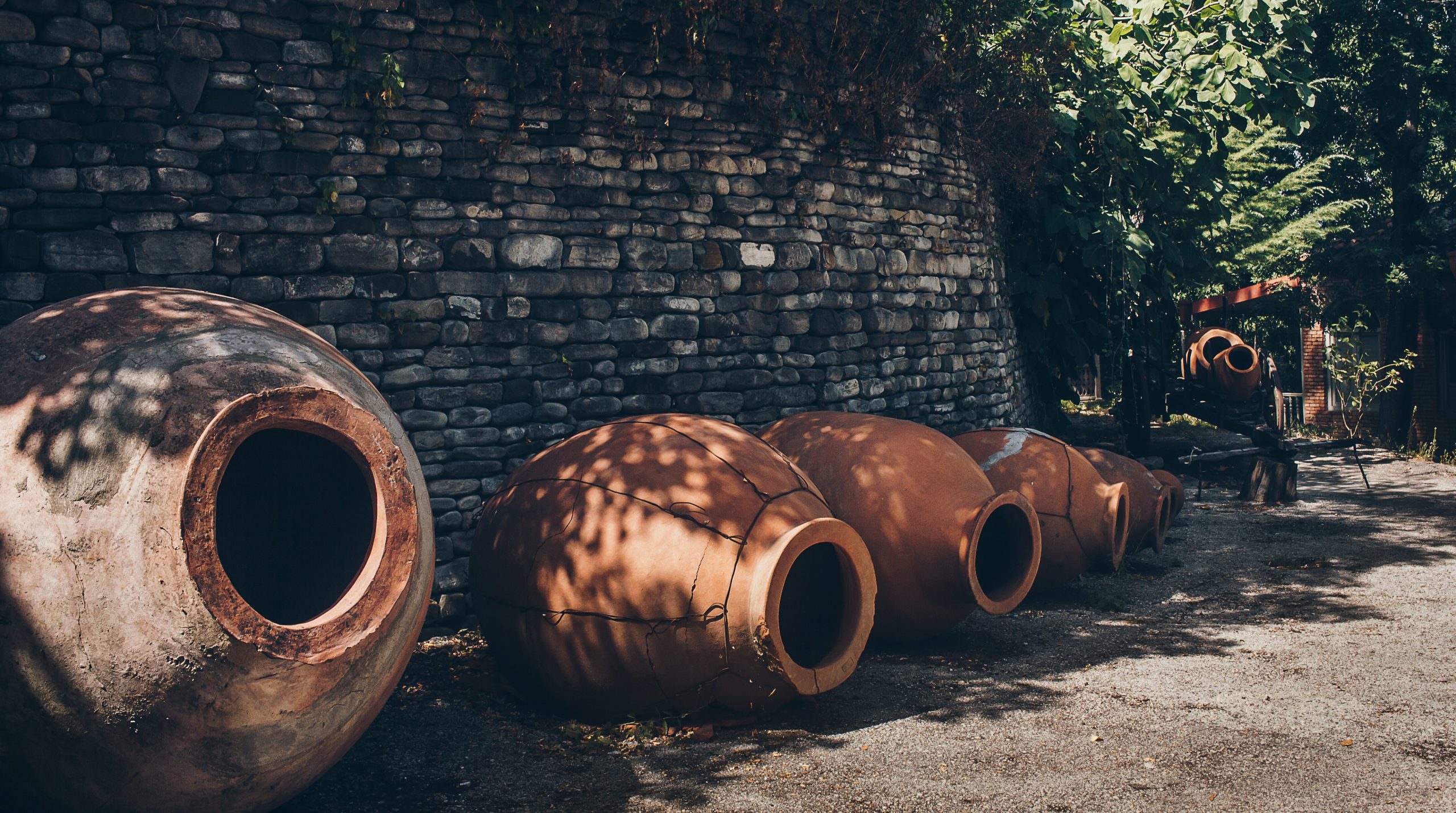 The country of Georgia’s wine-making traditions goes back about 8,000 years. From one generation to the next the custom of preparing wine in clay pots called qvevri has been passed down for centuries. But there’s another tradition becoming more prominent when discussing Georgia’s rich culture of spirits: chacha.

What is chacha?
The name chacha roughly translates to pomace, which are the solid pieces that remain after pressing grapes. This clear liquor is akin to American moonshine in spirit (no pun intended), but closer to the Italian grappa in composition. Its roots lie in the commoner’s way of life, but recently the liquor has made a leap into the mainstream scene at bars around the country.

A Cultural Shift
At bars like Chacha Time, the liquor has been claimed for craft cocktails like the Batumi Sunrise, Sex on Chacha or Tbilisi Mule. Some might say this does not encompass the true essence of the drink, but others argue it’s a way to bring a local custom to the forefront for an authentic experience. There’s a hope by some connoisseurs to make chacha a global liquor, much in the way tequila came to be known.

How is it made?
Like American moonshine, chacha is made at home using mini stills. But in Georgia, distilling chacha isn’t illegal and everyone does it. It’s produced from the fermented grape skins leftover after the wine-making process. The beverage maintains its strong flavor and potency because it never undergoes multiple distillations or charcoal filtrations.

Where can you drink chacha?
You can find chacha served just about everywhere in Georgia these days. From bottles on the shelves in grocery stores to jugs served at restaurants or containers at a homemade dinner party, chacha is the new drink of choice among Georgians. You’ll often come across it in a clear bottle with no label, but don’t worry; it’s safe to drink. That just means it’s a local batch from the village.

Try Georgia’s chacha for yourself on our “9-Night Heart of the Black Sea” luxe-adventure voyage or our signature “MAX SHORE: 24-Night Magical Cappadocia” itinerary.