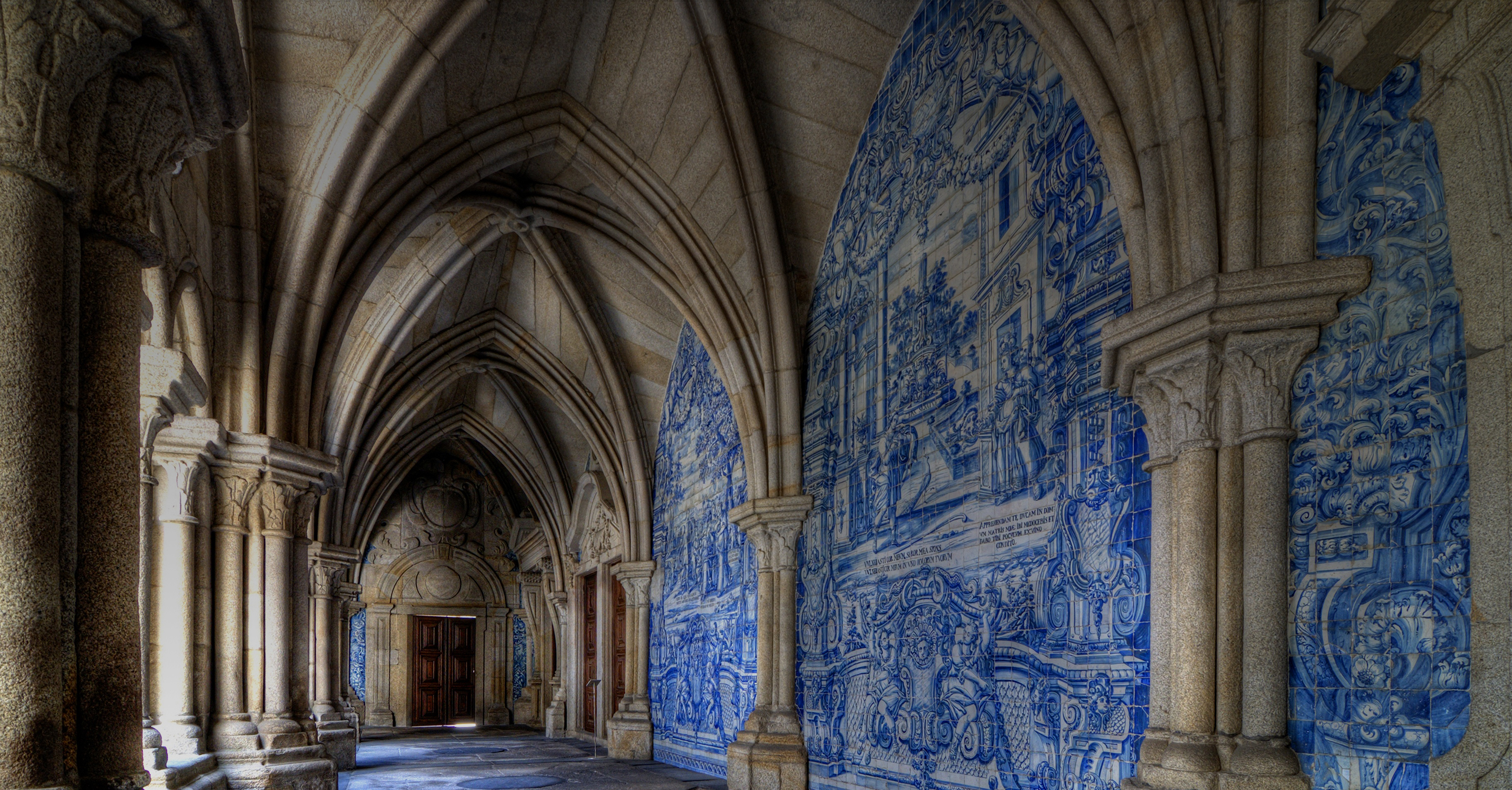 About a three-hour drive away from Lisbon lies Porto, the second-largest city in Portugal. While it’s world-renowned for its port wine, Porto also offers many hidden gems to explore and discover throughout the city’s limits. Curious minds with a penchant for historical knowledge will find Porto an enchanting destination.

Built next to each other and almost looking like one building, it appears as if the architect had split personalities. The Carmelitas on the left was built in the Classical style with an ornate, gilded interior, while the Carmo on the right was built in the Rococo style by José Figueiredo Seixas. Outside the Carmo you can see an intricate azulejo (tile panel) painted by Silvestro Silvestri that depicts the Carmelite community in Mount Carmel, Israel from the 13th century.

Hidden between the Carmo and Carmelitas Churches is possibly the world’s narrowest home, inhabited until the 1980s. It’s easy to miss if you glance at the churches as you pass by on the street. But for a small entrance fee, you can tour the house that separates the churches.

There are many speculations about how this house came to be in the middle of these churches. Among the rumors are that archbishops wanted to keep the monks and nuns from getting too acquainted with one another. In truth, it was probably built to comply with a law stating that churches could not be built side by side and sharing a wall.

For fans of the Harry Potter franchise, a hidden house between buildings might sound familiar. It’s believed that J.K. Rowling found the inspiration for Number 12 Grimmauld Place as featured in Order of the Phoenix from this structure.

Join our “7-Night Bucket List Mediterranean” or “13-Night Connecting European and Caribbean Islands” luxe-adventure voyages to visit Lisbon and make your own way to Porto.

Trekking the Trail From Odessa to Kiev and Chernobyl Previous

Uncovering the Secrets of Beit Guvrin Next