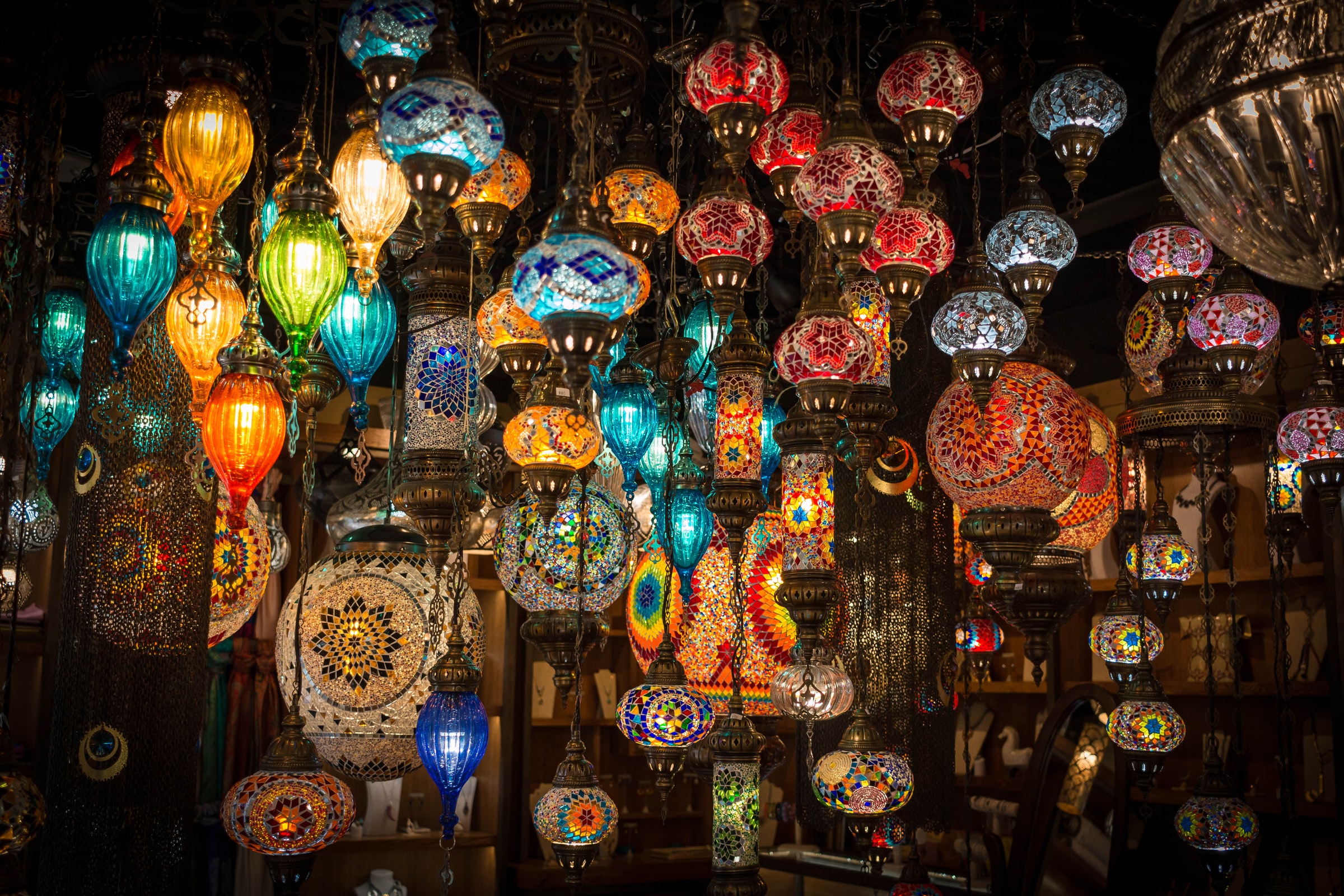 There’s more than one way to see everything Turkey has to offer. One of the most popular routes is from Istanbul to Cappadocia, but there are so many paths to get there, you’re bound to have an adventure no matter which one you take.

Before hitting the road, make sure to take in the highlights of Istanbul. As a prevalent destination in The Holy Land, you can’t consider a trip to Turkey complete without witnessing the grandeur of the Hagia Sophia and the Blue Mosque. Both uphold the architectural beauty associated with the era of the Byzantine and Ottoman empires. Don’t forget to visit the Grand Bazaar, an exciting market where local vendors will test your negotiation skills.

Taking the Long Way
Many who make the journey from Istanbul to Cappadocia take the main highway through Ankara, Turkey’s capital. But the smaller roads leading through the major city of Konya offer an insider’s look at life in the villages of Turkey.

Iznik – Just outside of Istanbul lies the ancient city of Nicaea (or Nikaia) where the first council of Christianity convened in 325 BCE during the religion’s rise in the region. Today, it goes by the name Iznik and contains fascinating archaeological sites and ruins, as well as the beautiful Green Mosque.

Bilecik and Sogut – The Ottoman empire rose to power within these cities and left behind a great deal of history to explore. Today, the brick-paved villages contain life on a small scale, with local restaurants and shops for travelers to discover and enjoy as they wander through the historical sites of the towns.

Beysehir – This quiet town contains a hidden gem most often looked over for the bigger UNESCO sites. The wooden Esrefoglu Mosque built in 1299 has stood the test of time. Scientists cannot figure out how the wooden parts of the mosque have managed to remain intact without decaying.

Konya – The city of whirling dervishes stands at the center of the Seljuk empire and is home to the renowned Mevlana Museum, an exhibition dedicated to the famous Persian poet Rumi. From a history of the mystical practices of Sufism to literary merit, Konya is rich in culture spanning across centuries and many different traditions.

Catalhoyuk – The Stone Age settlement of Turkey stands as another less-known UNESCO Heritage Site and offers much for the intellectual mind to consider. It’s an important archeological site for historians studying the transition from nomadic tribes to settling into civilizations.

Sultanhani – Visit one of the first roadside inns where travelers of old used to stop to rest on their journeys between cities. Take your own respite among the ancient buildings that still stand, holding Turkey’s past flow of commerce and information.

Ihlara Valley – Bask in the natural beauty of the valley between Mount Hasan and Mount Melendiz, two of the three volcanoes of Cappadocia. As you trek through Ihlara Valley’s trails you’ll stumble upon Kokar Kilise, Purenli Seki Kilisesi and many other old churches where you’ll find mesmerizing ancient mosaics.

By Way of Ephesus
When taking the major route to Cappadocia, travelers often stop at the ancient ruins of Ephesus, one of the Seven Wonders of the Ancient World. The columns of the Temple of Artemis and Library of Celsus bring a sense of awe as explorers step back in time to an era of reverence and learning.

Pamukkale Bound
No matter which route you take, you’ll likely stop at the hot springs of Pamukkale. These stunning limestone formations amid light blue waters will make you think you’ve floated off the ground and high into the clouds. Relax in the thermal pools as you take in the horizon over the Aegean coast of Turkey before you get to your final destination.

Other Routes
Other roads from Istanbul to Cappadocia lead you through the Canakkale region. You can stop in the small town of Eceabat to get to Troy and the Gallipoli peninsula, both sites of major historical events that turned the tides of different wars.

Yet other paths take you through Fethiye and Oludeniz for sunny, sandy beaches and nature walks that give you that sense of exploring the great outdoors. You can start the trail for the Lycian Way, a 540-kilometer hike to Antalya, where you’ll get the best views of the blue lagoon.

Other trails to Cappadocia lead you through Olympos, where you can unleash your inner daredevil and go diving, rock climbing, or eve paragliding. The Chimaera flames will also hold your attention, as this naturally occurring phenomena captivates the imagination after a nighttime hike up the side of Mount Olympos.

Destination: Cappadocia
You’ll find the quintessential picture of Cappadocia’s famous chimney stone formations in the town of Goreme. Carved into volcanic rock, it creates the gateway into Goreme National Park where you’ll find cave churches built in the 10th and 11th centuries.

Witness or partake in the iconic hot air balloon rides over the distinct landscape. Rise in the early morning for breathtaking views, whether you choose to gaze from the ground or go up in a balloon. It’s a truly magical moment to experience and will leave you with a sense of wonder.

Make your own way from Istanbul to Cappadocia on our signature “MAX SHORE: 24-Night Magical Cappadocia” itinerary.