Chasing the Eclipse of the Sun

It takes a special kind of individual to become an eclipse chaser. An umbraphile, from the Latin umbra, meaning shadow, dedicates their life to chasing the next thrill that comes from witnessing the phenomenon. But what makes an eclipse so special? You might just have to find out for yourself.

The life of an umbraphile is not for the faint of heart. It takes a lot of serious research and work to calculate exactly where and when the next best eclipse sighting will be. Casual viewers can watch an eclipse from most places around the world, but it will most likely only be a partial eclipse from those angles. To catch the total eclipse, an umbraphile makes plans weeks to months in advance, making sure to have travel, accommodations and equipment ready for the moment. 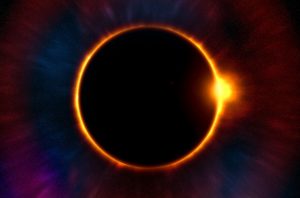 If that sounds like a lot of work, it’s because it is. But the reward at the end of it all is a magnificent sight as the shadow falls across the sun, completely covering it and inspiring something that stirs deep within the very soul. At least, that’s how some have described it.

Many umbraphiles become so moved, they start crying. Others get goosebumps as they witness a total solar eclipse. A few eclipse chasers claim to see God in the phenomenon. There are even those who have experienced a primal fear as they watch the light of the sun get cut off, like they’re tapping into some kind of ancestral memory of not knowing what the event means. 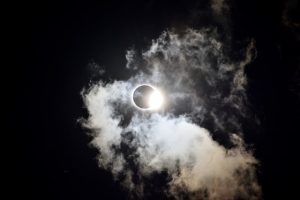 One of the greatest appeals of dedicating your life to chasing eclipses is the celestial community that comes with it. When you share such an awe-inspiring moment with someone who shares that same spirit, it’s a truly spectacular experience that sticks with you, no matter where you go. Like Woodstock in 1969, the gatherings at a total eclipse are made of many different characters. From the reverent to the laid-back viewers to amateur and professional astronomers, you see all kinds make up the umbraphile community.

A total eclipse of the sun happens more often than many people think, but there are some that are so rare, you only get to see them once in your life. The total eclipse of the sun on December 4, 2021 is one of those once-in-a-lifetime events. This eclipse, traveling in reverse from east to west (most eclipses travel west to east), happens once every 400 years in Antarctica. There won’t be another chance for you to catch it. 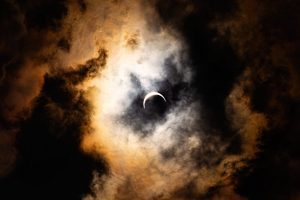 Embark on our “12-Night Antarctica Solar Eclipse” luxe-adventure expedition to see one of the rarest celestial occurrences amid the backdrop of the Scotia Sea. 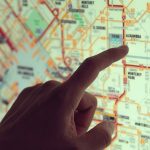 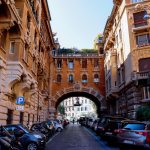 All Roads Lead Off the Beaten Path in Rome Next