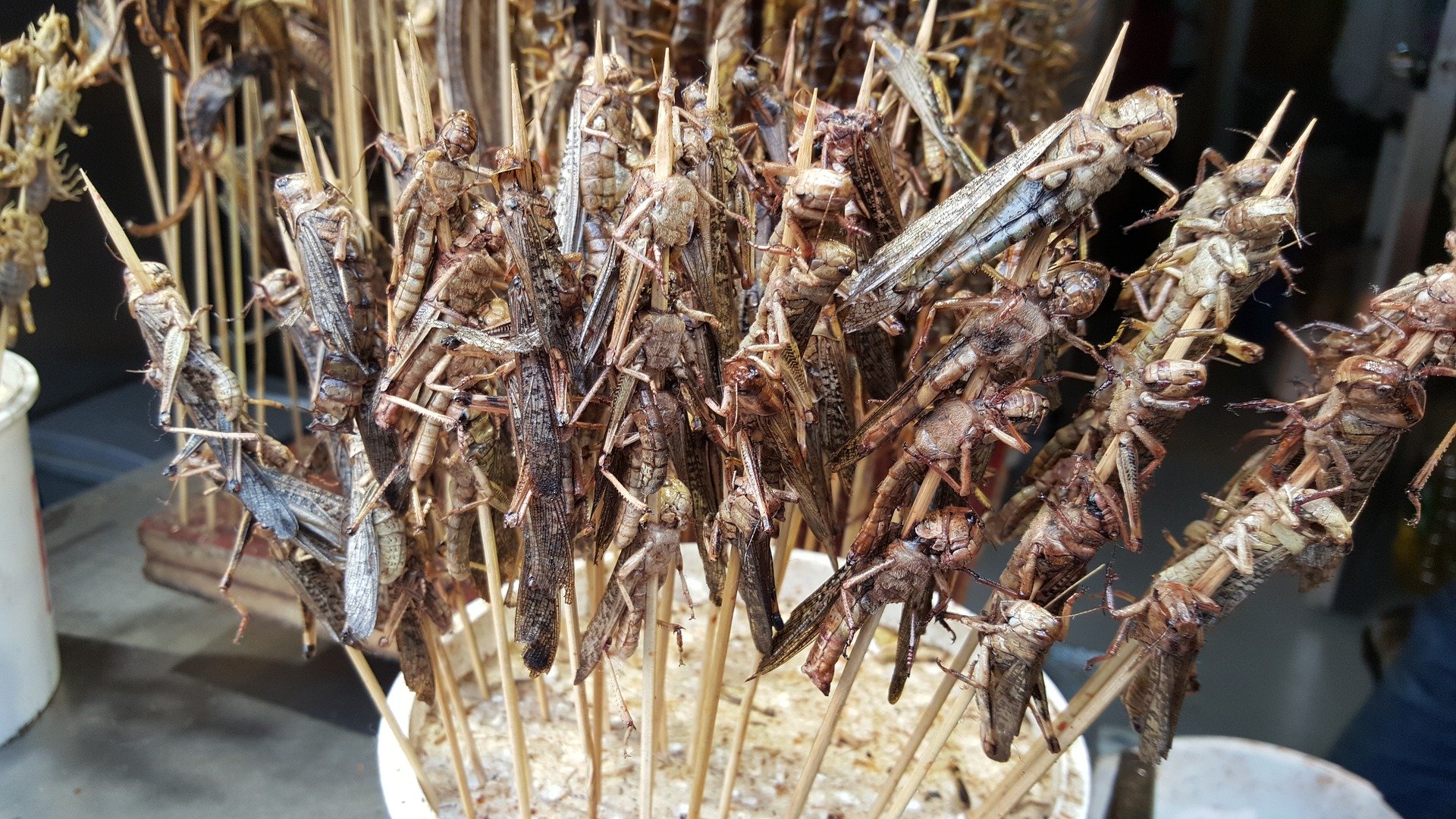 Locusts, Khash, Tacacá…Oh My! Acquired Tastes From Around the World

One of the most exciting aspects of travel is trying the different foods countries and cultures have to offer. While it can sometimes be daunting, it doesn’t mean you can’t be adventurous. Dive into some of the more exotic delicacies and cuisine around the world to open your taste buds and palate.

Where once these insects plagued the nation in Biblical times, locusts now serve as a form of sustenance. They are the only insect considered kosher, so to keep their numbers at bay, they eat them. Whether deep fried or covered in chocolate, locusts are a delicacy that you may want to try when in Israel.

Once considered a comfort food in the winter, khash now holds the status of delicacy in many countries along the Black Sea and Eastern Mediterranean. Although its origins are found in Armenia, often used as a remedy to the common hangover. The stew consists of cow’s head and feet, making it an acquired taste for those with different palates.

Go on the hunt for a serving of khash on one of our Black Sea, Aegean Sea or Holy Land and Eastern Mediterranean expeditions.

If you like your steak rare and are up for the challenge, then when in France, order steak tartare. This dish of high-quality, raw ground beef comes with onions, capers, Worcester sauce with seasonings, raw egg and other toppings. Rye bread or fries are often served on the side. So, if you like a bloody steak, then you have to give this a try.

Find a restaurant that will serve you a helping of steak tartare on our 7-Night Bucket List Mediterranean luxe-adventure journey.

Test your tolerance for spice with a serving of tacacá when in Brazil. The hot soup is made with shrimp, peppers and leaves from the Amazonian jambu plant. It’s that last ingredient that makes the dish truly noteworthy. The jambu plant’s properties will leave your mouth and lips with a numbing sensation like that of anesthetic from the dentist.

Take the tacacá test on our 13-Night Intense Brazil – Samba and Sun or 10-Night Exploring Exotic Caribbean and Amazon voyages.

When you think of desserts from Turkey, baklava and Turkish delight often come to mind. But there’s another popular contender that most visitors would never guess: Chicken breast. Or rather, tavuk gögsü. It’s a pudding made from milk, rice and shredded chicken breast. Mixed with sugar, vanilla and butter and topped off with cinnamon, it’s not a half bad concoction.

Help yourself to a sweet serving of tavuk gögsü on one of four luxe-adventure journeys: 16-Night Black Sea in Full MAX SHORE, 9-Night Heart of the Black Sea, 15-Night Historic Trek Through Turkey and Israel or 24-Night Comprehensive Anatolia and The Holy Land MAX SHORE.

The Many Faces of Turkey Next