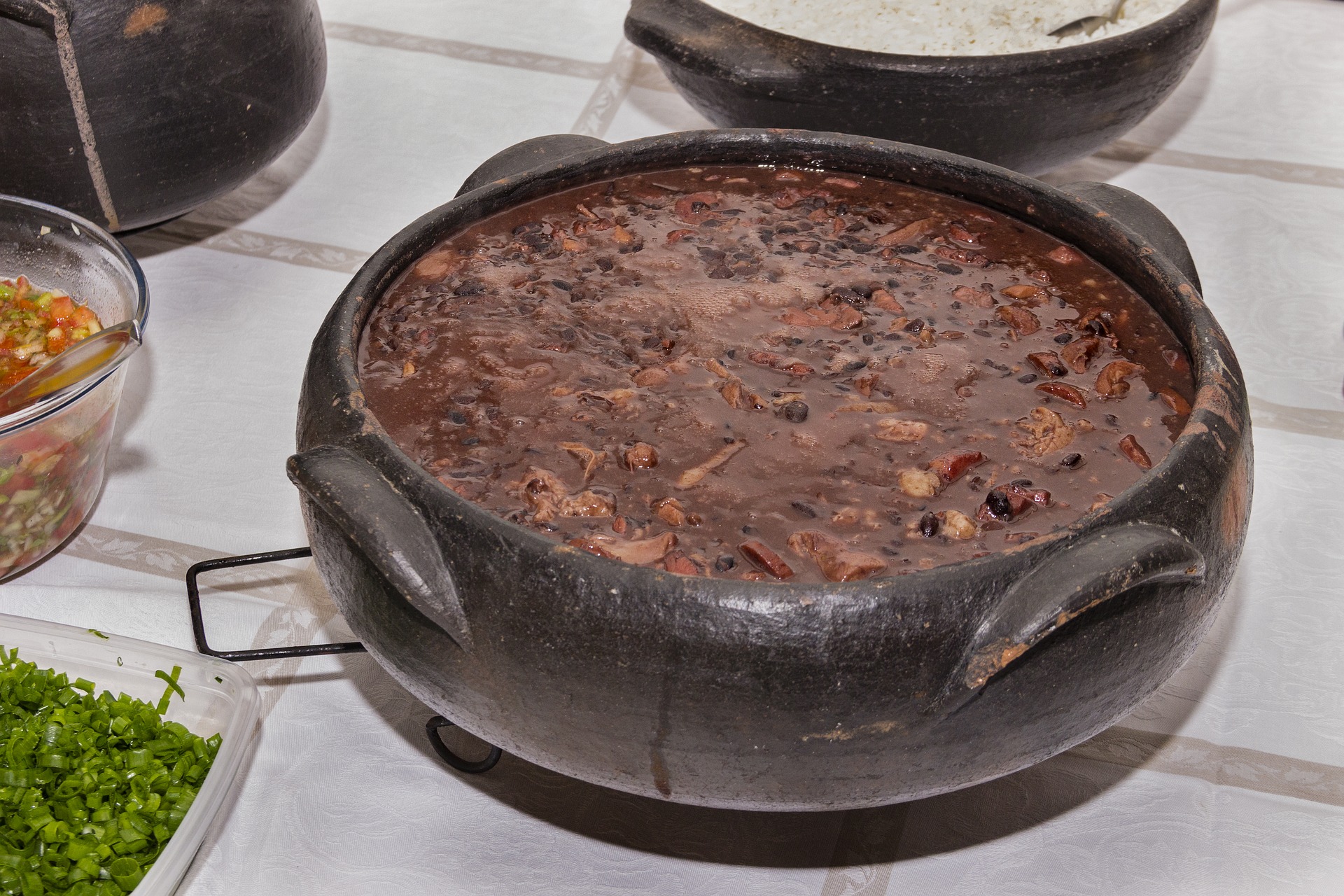 Your Palate Does the Bossa Nova

The best way to get to know any destination is by eating your way through the local favorites. With roots in Latin-American, Portuguese, African and indigenous cultures, Brazil offers a delectable array of fare to sample. From sweet treats to savory gourmet, here are the top 10 foods to try when traveling in Brazil.

1. Moqueca
Depending on who you ask, moqueca originates from the Bahia region of Brazil or Espírito Santo. Either way, both variations have delicious flavors to offer. One version of the stew features shrimp or prawns and other seafood, cooked with diced tomatoes, coriander, onions, and other vegetables. Other versions include coconut milk, palm oil, annatto and peppers.

2. Quindim
Those familiar with the dessert known as flan will find a familiar sweet treat in quindim. A thick and rich custard made from eggs, coconut, sugar and occasionally, butter, makes for the ultimate indulgence when making your way through Brazil. Finished with toasted coconut flakes, it has just enough crunch to offset the soft texture.

3. Cachaça
The caipirinha cocktail is the most famous beverage in Brazil, but it owes its foundation to the liquor cachaça. Freshly pressed and fermented sugar cane juice makes the clear alcohol used to mix and concoct the perfect Brazilian cocktail. But a golden-hued version, aged in barrels, is often served straight, sipped slowly and on the rocks.

4. Acarajé
This tasty street food consists of peeled beans or black-eyed peas formed into a ball that is deep fried in palm oil. It’s then split open and stuffed with shrimp and spicy pastes like vatapá. Acarajé is often served alongside a tomato salad and/or homemade hot pepper sauces.

5. Açaí
Known around the world now as a super-food, the acai berry has roots in Brazilian cuisine and culture by way of the Amazon. It can be served as a smoothie, juice, sorbet, powder, or added to other dishes in its raw form. Its flavor is described as somewhere between chocolate and blueberries.

6. Feijoada
This stew of black beans and meat can be found in every corner of Brazil. Traditionally, feijoada was made with trotters, pigs’ ears and other parts of the pork. It’s served with farofa (toasted manioc flour), rice, collared greens and pork scraps on the side. The rich and hearty stew is sure to fill your belly and leave you with warm, fond memories of Brazil.

7. Maria-Mole
Among Brazilian desserts, Maria-mole (literally translating to soft Mary), is a treat similar to marshmallows. It’s made of gelatin, egg whites, sugar and coconut. Candy producer Antonio Bergamo invented Maria-mole when he sought to create another dish from the leftover egg whites from producing other candies. Today, it’s often served at Catholic festivals in June.

8. Romeu e Julieta
The perfect pairing of sweet and salty makes Romeu e Julieta a delectable snack or dessert to die for. It’s simply a cut of guava paste served between two slices of mild, white cheese. While the presentation and ingredients may be simple, its flavor is not. The thick, sweet guava paste mixes with the saline cheese to create a bold and satisfying taste that cannot be missed.

9. Arroz Carreitero
Hearty and savory, this rice and meat dish originated as a means to provide sustenance for gauchos on their travels. That’s why its name translates to wagoner’s rice. It was originally made with dried beef, but today can include leftover barbecue. Sometimes it also includes onions, sausages, bell peppers, parsley and oil. It’s simple, but delicious.

10. Queijo Minas
Cheese lovers absolutely must try some queijo minas, a soft, white cheese made with raw cow’s milk. Its spongy and moist texture make it a light and fluffy addition to any salad or vegetable dish. It’s often used in sandwiches and pastries, as well as pancakes. For a simple breakfast or quick snack, try it paired with cold cuts.
Get a taste of Brazil on one of our South America voyages.

Unleashed In Puerto Madryn Next