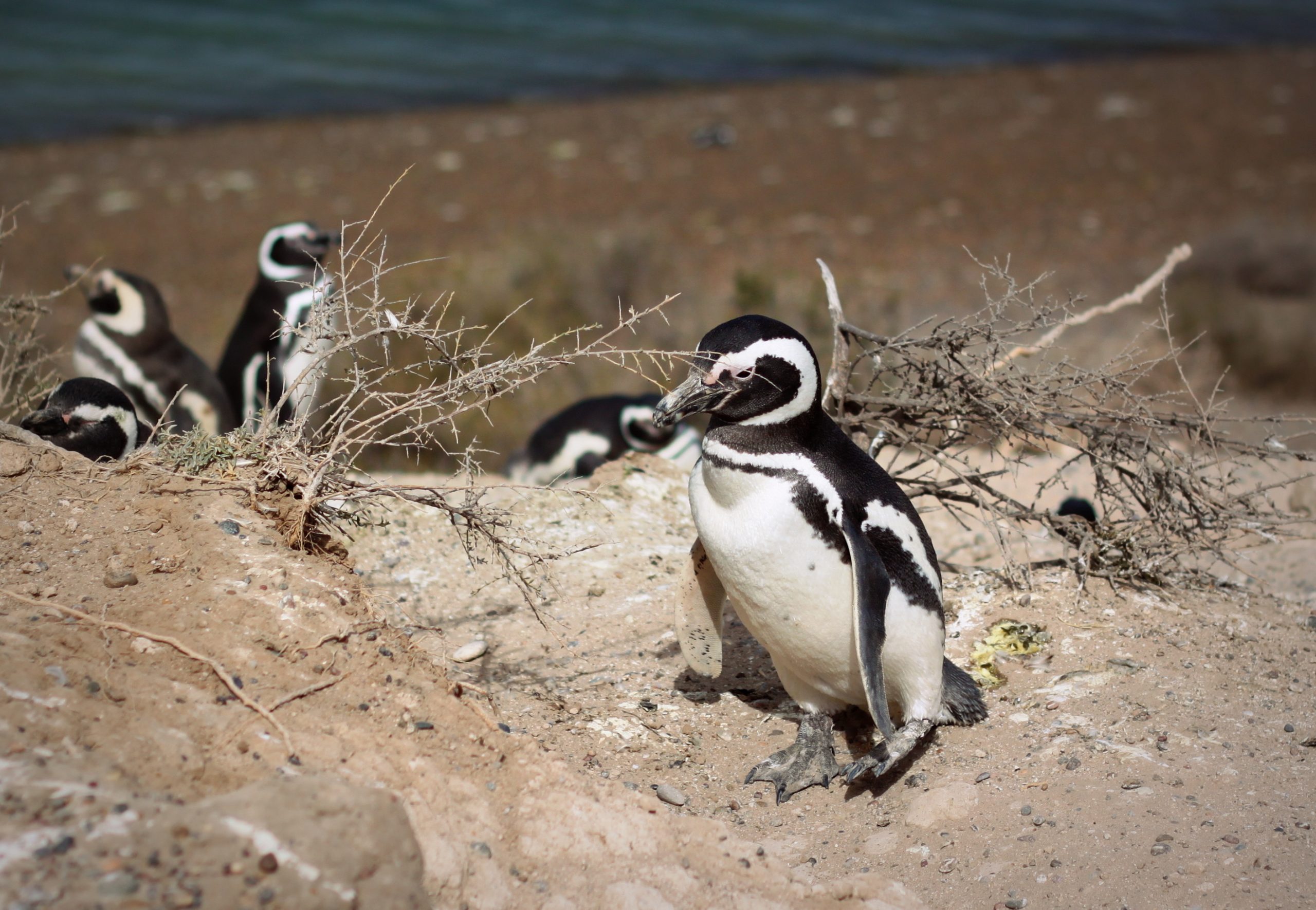 Puerto Madryn, Argentina is best known as an animal lover’s dream. From mammals to birds to aquatic life, the Patagonia region offers a diverse array of wildlife to watch for until the heart’s content. Here’s a glimpse of the many creatures you will find on your explorations of Puerto Madryn.

Penguins
Out at Punto Tombo you will find the second-largest penguin population in the world (the first being in Antarctica). More than 1.2 million penguins return to Puerto Madryn each year between September and March for their mating season. Along the northern shore of Caleta Valdes resides a small colony of Magellanic penguins.

Seals and Sea Lions
Elephant seals seeking to escape the Antarctic cold come to Isla Escondida every October. Here they mate, raise their young and hang out along the open beach. You can find even more seals at Punta Delgada and Caleta Valdes.
Meanwhile, a large colony of sea lions breed at Punta Pirámides. The lovable, playful sea lions can also be found at Punta Norte in the Valdes Peninsula.

Whales
From March to April, the Valdes Peninsula is visited by orcas, most often called killer whales. From June to November the area is frequented by southern right whales. You can find these whales nursing their babies in the waters of Playa Doradillo.

Dolphins
Dolphins can be seen from Puerto Madryn from December to April. But the Patagonian dolphin, a unique species to the region, is found all year round at Rawson Port, only a few kilometers away from Puerto Madryn.

Guanacos (Southern Llamas)
The biggest land vertebrates in Patagonia reside within the bounds of the Valdes Peninsula. This specimen, related to llamas, once served as the indigenous Patagonians’ greatest resource. The natives of the land ate guanaco meat for sustenance and used their fur for coats to keep warm in the winters.

Choiques
The Patagonian ostrich is native to the southern region of Argentina, mostly living in the High Andean Steppe. They often move in small groups of 5 to 30 birds, but the groups get bigger during mating season. Witnessing a flock of these is a bit like a scene out of Jurassic Park.

Mara
These Patagonia hares only live in this region. They are on the bigger side of rodents, standing at approximately 2.3 feet in height. The months of June and July start their mating season, and three months later the calves are born. This is the peak season to see baby hares as they burrow in their dens along the Valdes Peninsula.

Piches
These adorable little critters are related to the Southern long-nosed armadillo. You can find them sniffing for food all the time in sandy areas. Their dens are not very deep, so they are easy to spot if you look close enough. But their gray and cream coloring might make them blend in with their surroundings if you don’t take special care to find them.

Catch a glimpse of the fascinating Puerto Madryn wildlife on our Argentine Thrill luxe-adventure voyage.

Your Palate Does the Bossa Nova Previous