Barbados is considered the birthplace of rum. Experiments with fermented molasses, a byproduct of sugar, led to the invention of the now world-renowned alcohol. The first batches of the spirit were known as “Kill Devil” because of its hot and terrible flavor. But distillation practices have since been improved to create a favored drink with flavors of spice and sweet that mix well for cocktails or as a smooth, standalone shot.

Mount Gay Rum Visitor Center
Mount Gay boasts a history of over 300 years. Established in 1703, it stands as the oldest-running commercial rum distillery on the island, and in the world. But before it became known as Mount Gay, the land where the distillery stands was known as Mount Gilboa. In an ironic twist, the factory and land belonged to a man named John Sober, whose family eventually sold to Sir John Gay Alleyne. That’s how the rum distillery and its land earned the name Mount Gay.

While the visitor center tour does not feature the distillery used today, as the modern-day’s production factory lies somewhere in the St. Lucy Parish, you do still get to see the historic distillery. You also get a healthy dose of rum samples throughout the historical tour. 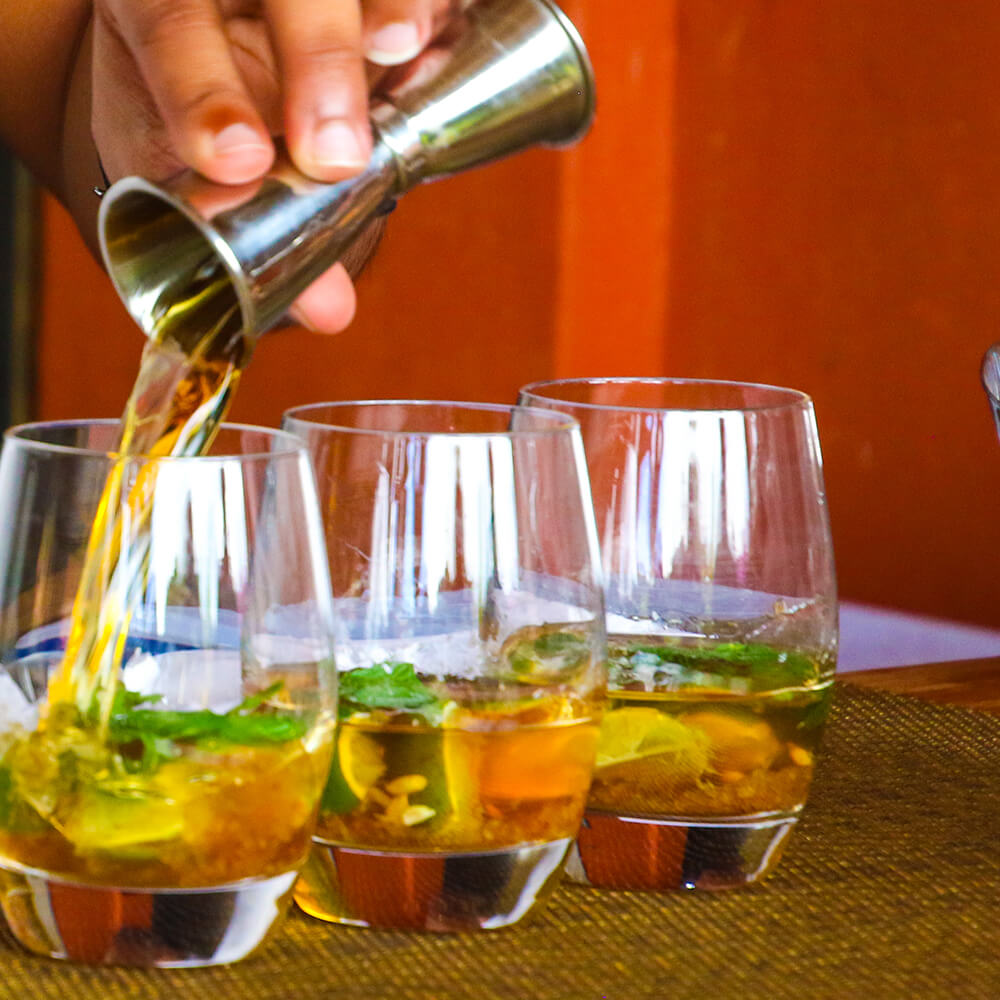 Foursquare Rum Distillery and Heritage Park
Lying 16 kilometers from Bridgetown, this rum distillery in Barbados requires a bit of a longer trek. But it’s well worth the approximately 25-minute drive inland. The original distill house was established in 1737, but the modern distillery was moved to the old sugar plantation on the land. The Heritage Park featured alongside the distillery contains historic, colonial buildings to explore, as well as a folk museum.

You can enter and tour the Foursquare Rum factory for free, exploring the great Caribbean tradition of rum production. At the end of the tour, for a fee, you can sample some of the distillery’s more famous labels, like Doorly, Old Brigand, and Sixty Six.

Several families have owned the land since then, but the current owners, the Warren family, have restored the plantation and distillery back to its former glory. Favoring the traditional process of rum distillation, they have worked toward creating products that bring back the flavors that made Bajan rum world-famous to begin with.

Get a taste of Barbados on our Connecting European and Caribbean Islands expedition. Exploring the Dark and Infamous History of Devil’s Island Previous 10 Best Places for Views on an Atlas Expedition Next